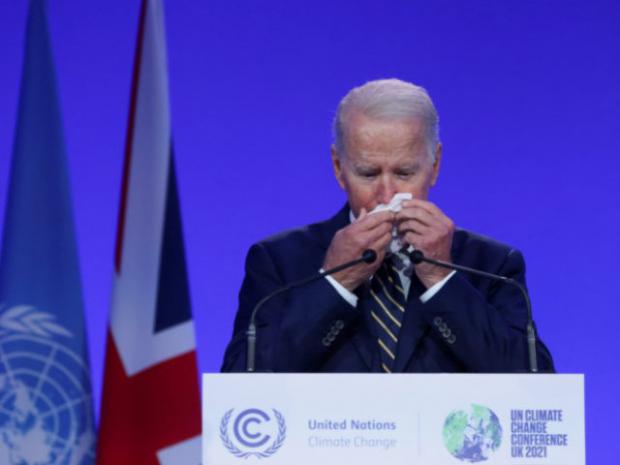 But, he says don't worry, that his agenda will help Americans save energy by installing solar panels on their homes to make them more energy efficient. This is patently insane Technocrat babbling about saving the world by destroying the world. In the end, the anti-carbon rhetoric will be seen as anti-human. ? TN Editor

The president spoke to the summit after struggling to stay awake for the opening remarks from world leaders about the importance of addressing the issue of global warming.

Biden said he was planing "a marathon" for the United States economy that would "transform the largest economy in the world into a thriving, innovative, equitable, and just clean energy engine of net zero for a net-zero world."

The president previously expressed his disappointment that the leaders of Russia and China did not attend the summit to join the world in reducing carbon emissions in their economies.

But during his speech, Biden outlined his goal to make the United States into a "net-zero emissions economy" by 2050, promising "bold action" to lead the world on climate change:

That's why today I'm releasing the US long-term strategy, which presents a vision of achieving the United States goal of net-zero emissions economy-wide by no later than 2050 and reinforces an absolutely critical nature of taking bold action with — in the decisive decade.