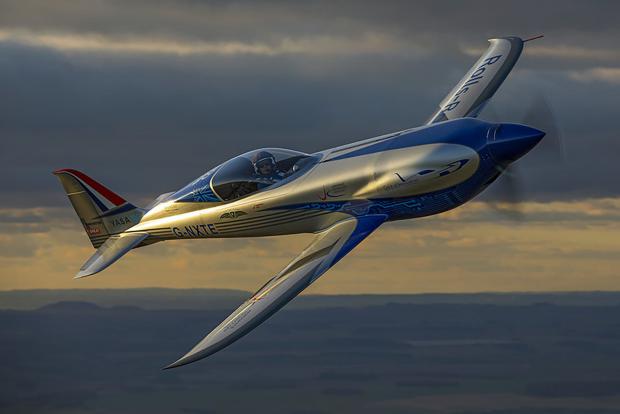 The Spirit of Innovation took to the skies at a UK Ministry of Defence testing site last week where it reached a maximum speed of 623 km/h (387.4 mph), which Rolls-Royce says not only makes it the fastest electric aircraft, but the world's fastest electric vehicle of any kind.

From the outset, the Spirit of Innovation was built from the ground up to become the world's fastest electric airplane, taking aim at the 210 mph (338 km/h) set by Siemens in 2017. The aircraft is propelled by a 500-hp (400-kW) all-electric powertrain and battery pack of 6,000 cells, described as the most energy-dense ever integrated into an aircraft.

The Spirit of Innovation completed its first taxi tests back in March, and then flew for the first time in September, completing a 15-minute flight and kicking off a more advanced testing phase. The latest outing again took place at the UK Ministry of Defence's Boscombe Down experimental aircraft testing site, and culminated in a trio of world records, according to Rolls-Royce.

"Flying the 'Spirit of Innovation' at these incredible speeds and believing we have broken the world-record for all-electric flight is a momentous occasion," says test pilot Phill O'Dell. "This is the highlight of my career and is an incredible achievement for the whole team. The opportunity to be at the forefront of another pioneering chapter of Rolls-Royce's story as we look to deliver the future of aviation is what dreams are made of."

The Utter Orwellian Stupidity Of Masks On Airplanes