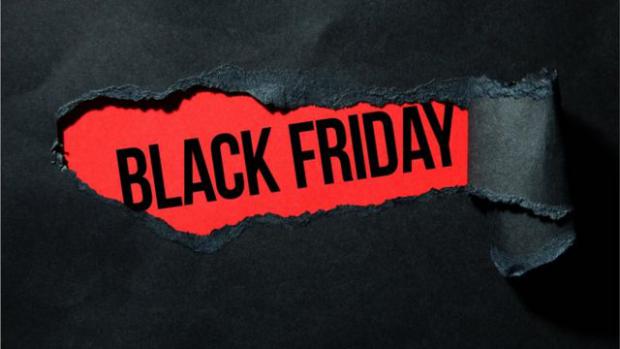 Yesterday when addressing the nation, and taking what appeared to be a victory lap for something - it wasn't exactly clear what, maybe soaring prices, empty shelves or panic over yet another viral pandemic - Joe Biden said that consumer spending has recovered... only that wasn't true because a look at the past three days shows just the opposite picture: spending was flat on thankgsiving compared to last year, down on Black Friday (as was everything else to be fair), and - according to Adobe's digital economy index - was also down for the first time ever on Cyber Monday, when consumers spent a total $10.7BN, or 1.4% less compared to 2020. Expectations from Salesforce.com were for another $11BN total.

In total, 179.8 million people made online and in-store purchases during the Thanksgiving weekend, trailing behind last year's figures as consumers spread out their holiday shopping throughout the season, according to the National Retail Federation. Still, the number exceeded the NRF's initial expectations by more than 21 million. That figure was 186.4 million in 2020, and 189.6 million in 2019.

Whereas Thanksgiving weekend, especially Black Friday, was once seen as the kickoff for the holiday shopping season, the pandemic and supply chain woes have prompted consumers to start shopping earlier, said NRF President and CEO Matthew Shay.

"The Thanksgiving weekend, and Black Friday in particular, are closer to half time now than to kick off," Shay said. Data released separately on customer foot traffic and on online sales indicate that both e-commerce and bricks-and-mortar stores are on pace for a record holiday season.

Sales on Thanksgiving day were at the low end of Adobe's prediction. The firm expected consumers would spend $10.2 billion-$11.3 billion compared with last year's $10.8 billion.

Black Friday sales also disappointed, falling to $8.9 billion this year, from $9 billion last year, according to Adobe Digital Insights, which tracked more than 1 million visits to retail websites. Of note, digital Black Friday sales fell for the first time, with shoppers back in stores this year after last year's pandemic shut-ins, according to Adobe Analytics data. Adobe reported $8.9 billion in sales versus a forecast of $9.5 billion. In-person visits climbed 48% from a year ago while trailing 2019 traffic by 28%. However, that came as retailers spread traffic peaks with early holiday deals.

WHY DOMINO'S GAVE OUT GIFT CARDS TO LOCAL RESTAURANTS

Proof That "Insurance" is a Mafia