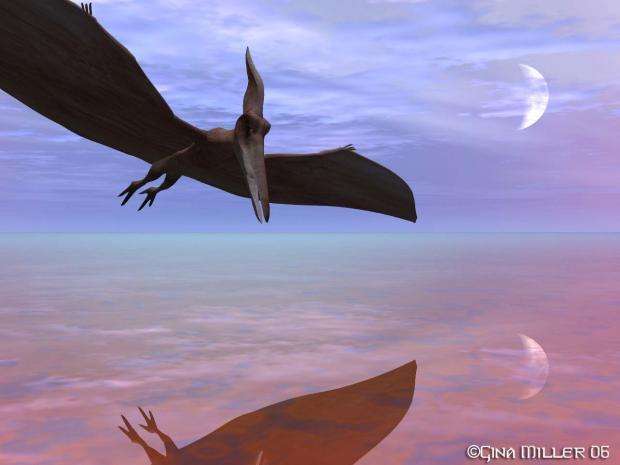 After a farmer in northeastern China picked a fossilized flying lizard out of the ground last year and sold it to a museum, paleontologists quickly noticed a broken wing - and an egg nestled next to the animal's tail. The scientists dubbed the spectacular specimen "Mrs. T" - a contraction of "Mrs. Pterodactyl" - and are announcing her as the first prehistoric flier to be assigned a sex.

She provides vital clues to the mating habits of the creatures that ruled the skies for 150 million years before birds appeared.

2 Comments in Response to It's a girl! ... pterodactyl, that is

While I think some conclusions are prematurely stated as gospel they are the same speculations I would have made.  This is an important find that will lead to the re-examination of every pterodactyl fossil known.

Milk may have fuelled a growth spurt in ancient Europeans

Enigmatic cult of the Long Skulls

Who Invented the Alphabet?

A long-lost branch of the Nile helped in building Egypt's pyramids ?" Scientists Say

Is There a Numerological Message Hidden in the Sumerian Kings List?

Research Finally Answers What Bronze Age Daggers Were Used For

Discovery Sheds Light On Why The Pacific Islands Were Colonized