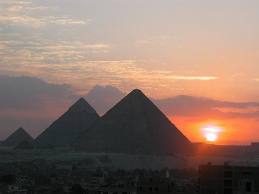 How utterly hypocritical it is for any public official in America, elected or appointed, to favor or facilitate despotism and its companion, “stability,” at the expense of Individual Rights, limited government and democracy, whether in Egypt, Saudi Arabia, Syria, Jordan, Israel, China or anywhere else.

For far too long, America’s leaders have been selling our souls for a plate of beans, pretending to be something they are not – i.e., defenders of the essential Principles underlying America’s system of governance.

For decades, over many administrations and by both political parties, the public promises and assurances of America’s leaders regarding limited government, individual Rights and the equality of man have been a deception, masking the true character of their collective acts, which actually sustain abusive government power over individual Rights.

Their acts, speaking louder than their words, have instead institutionalized abuse of power and populations around the Earth, all for the purpose of securing material bounty and geopolitical advantage, not in the national interest but for the few and privileged.

The proof of this is demonstrated by America’s foreign policy and its devastating, adverse impacts on the ordinary, non-aligned People of other countries. Egypt is but one example.

During the last three weeks, the political leadership of the United States, particularly the Executive, have appeared frequently on world-wide television to present statements regarding the obligation of Egypt’s leaders to “address” the Grievances of the Egyptian People, respect the Natural Rights of Individuals and avoid violence.

These broadcasted claims by America’s leaders, however, are nothing short of sheer hypocrisy when contrasted against the similar refusal by America’s leaders to “Redress” the Grievances of the American People, repeatedly served via First Amendment Petitions for Redress, concerning gross violations of Rights guaranteed by our Constitution – (allegedly, still) the Law of the Land.

After America’s leaders were finally shamed into finding quiet words of support for the unalienable Rights of common Egyptians, and forced to tacitly admit to America’s policy of enduring support of the Egyptian dictator’s despotic regime, we offer this reminder. These same U.S. leaders have, for over a decade now, steadfastly REFUSED  to Redress similar Grievances of the American People, that is, violations of our Constitution that continue to adversely impact the Life, Liberty and Prosperity of the American People, while continuing to wreak havoc, unrest and injustice abroad.

America’s leaders during the Clinton, Bush and Obama administrations have refused to respond to the People’s Petitions for Redress of Grievances, including those relating to: the application of the armed forces in hostilities overseas without congressional authorization;  the cartel of private banks known as the Federal Reserve System; the fiat (paper) Federal Reserve currency and fractional banking practices; the imposition of direct, un-apportioned taxes on labor; the virtual evisceration of the Bill of Rights by the USA Patriot Act; the failure of the Executive to “faithfully execute” existing immigration laws; the giving and lending of public funds to private entities for definitively private purposes; the use of public funds to bail out foreign currencies without congressional appropriations; the eligibility requirements of the office of President; and the movement towards a North American Union. (Read the Petitions for Redress)

In true authoritarian style, between December 2006 and May of 2007, cornered by the persistent, highly visible pressure brought by members of our organization in the public exercise of the unalienable Right to Petition for Redress to hold the government accountable, the leaders of all three branches of the U.S. Government went as far as to collude in an veiled attempt to outlaw the First Amendment Right to Petition. (Read our update on the Collusion)

In short, just as we have witnessed in Egypt, Liberty is a force of Nature and no People can be expected to forever be deprived of their individual, unalienable and natural Rights, Freedoms and Liberties.

We, the People of America must hold America’s leaders accountable to the following essential principles of Just and Lawful Governance:

·         All men (including Egyptians) are created equal; equality is not an American monopoly.

·         All men are endowed by their Creator with certain unalienable Rights, including Life, Liberty and the Pursuit of Happiness. Egyptians, too, have them simply because they are alive. Life-furnished Rights are not an exclusive American commodity.

·         To secure these Rights, governments are instituted among men; Government’s sole purpose in America and elsewhere is to protect the Rights of their sovereign People.

·         People everywhere have the unalienable Right to Petition their Governments for Redress of Grievances if their Rights are being repressed, ignored and violated; All governments of, by and for the People are obligated to respond.

·         Whenever any form of government becomes destructive of these ends, it is the Right of the People to alter or abolish it; the Right to think freely and to hold the Government accountable extends to all People in America and beyond.

Governments that prefer the calm seas of despotism rather than the boisterous sea of Liberty, where waves crash whenever Freedom is challenged, ought to be avoided like the plague by Americans and their leaders.

What is America after all, if it has all but abandoned its essential values both at home and abroad?  How can We, as a People, continue to claim moral primacy and spiritual authority for our acts when as a nation we have essentially forsaken our Founding Principles?

The truth is coming to the surface and cannot be hidden; for decades America’s leaders have used the unlawfully extracted wealth of this nation’s citizens and violated its Constitution almost without restraint, to immorally and unlawfully meddle in the internal affairs of foreign countries, taking sides and assisting knowingly corrupt governments that openly oppress and violate the natural Rights, Freedoms and Liberties of the Free and Equal People within their borders.

America is now paying a heavy price for our hypocrisy.

As Ronald Reagan put it, “Government is the enemy of Freedom.” Thus, every country has its Freedom Fighters whose Natural causes are limited government, individual Liberty and equality under the Law.

When the populations of despotic, authoritarian regimes realize the United States is the “friend” of their Governments, is it any wonder that America would have hostilities directed at us by those people, knocking down our buildings and the like? Even Osama Bin Laden and Michael Scheuer have told us this is so.

So in the end, it is you and I, the working citizens of America, who end up not only financing, but becoming enduring victims of a “War on Terror” and its companion police state, all in the name of “security,” but in clear violation of the Constitution which begins:

“We the People of the United States, in Order to form a more perfect Union, establish Justice, insure domestic Tranquility, provide for the common defense, promote the general Welfare, and secure the Blessings of Liberty to ourselves and our Posterity, do ordain and establish this Constitution for the United States of America.”

Despite the fact our nation may well have enemies, ironically many created as a product of our own ill-conceived foreign policies, a global war on terror and domestic police state do not serve the general Welfare of the People of the United States of America and should not be tolerated.

Where will it end?

Is there an alternative to a critical mass on the streets of America, imposing economic sanctions on the government, demanding an end to the police state and rising en masse to call for a foreign policy centered on the belief that the principal obligation of all governments is to protect the Creator-endowed, equal Rights of all men?

Could a critical mass of Americans peacefully remedy the continuing violations of our Constitution, where individuals and small groups have thus far failed?

JOIN THE WTP CONGRESS: Use the secure WTP Membership link

You, The People, are the only ones
who can Save the Constitution.

Arizona's Election Must Be Redone:

Our Great Constitution Is Used As A Front For Traitors?

The Rebuilding of America, Part 2