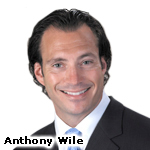 Hosni Mubarak has resigned. The Egyptian "color" revolution (ie: a peaceable one), carried out by heroic people risking life and limb, has been apparently been a success. I only wish it were that simple. But there is ample evidence the revolution has been manipulated and that the Anglo-American elite plans to replicate the Egyptian revolution not just in the Middle East but worldwide via the use of the Internet and swelling youth demographics.

The latest and most astonishing global gambit is called AYM and Wikipedia provides us some information about the group, as follows: "The Alliance for Youth Movements (AYM) began with a December 2008 summit in New York City to identify, convene, and engage 21st century movements online for the first time in history. The United States Department of State partnered with Facebook, Howcast, MTV, Google, YouTube, AT&T, JetBlue, Gen-Next, Access 360 Media, and Columbia Law School to launch a global network and empower young people mobilizing against violence and oppression."