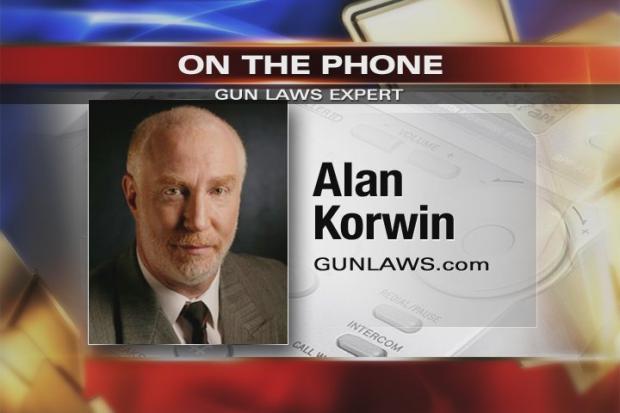 Alan Korwin, a Phoenix-based expert on gun laws and author of "The Arizona Gun Owner's Guide," talks about gun issues.

1. What do you mean by saying it is time to secure national carry rights for all law-abiding adult Americans?

All sorts of legal obstacles impede and infringe on a person's right, ability and moral obligation to defend themselves, their loved ones and their communities. These obstructions should be removed, to align us with natural law and conformance to the U.S. Constitution. Law abiding adults should be free to arm themselves for safety.

Many of the anti-rights positions stem from hoplophobia, morbid fear of weapons, a medical condition whose undiagnosed sufferers need treatment. Unfortunately, they often get involved in efforts to deny the civil rights of others instead of seeking help for themselves. They fail to distinguish between legitimate gun ownership and use, and homicidal maniacs and crime, indicative of their problem.

3. What was your reaction to New York City Mayor Michael Bloomberg's "undercover sting" of an Arizona gun show?

It is reprehensible to use an assassination to advance the bigoted political agenda this man has been pursuing for years -- disarming all innocent citizens. His ambition appears to have made him an accessory to federal felonies -- straw purchases set up across state lines. Why isn't he being indicted on federal firearms charges for the straw purchases he orchestrated? Is he elite and above the law? If there really was a crime and he found it, why wasn't anyone arrested? It was just for show.

4. Where do you think the general public stands in terms of changing Arizona's gun laws, either in tightening or loosening?

This is a typical "news" media question that seeks a guess and cannot be rationally based on facts. Many people would answer regardless. I'm sure you can find polls, either from the pro-rights or anti-rights camps, that provide an answer to your liking.

5. What is the lesson to be learned from the shooting in Tucson in terms of gun ownership?

With all the "killing is fun" movies and madness pouring out of Hollywood and TV these days, we should not be surprised by homicidal rampages -- we should be prepared for them. From army bases to grocery stores, we're not. Universal gun-safety training and a culture of marksmanship are needed to combat this clear and present danger. Laws that disarm or restrict the innocent are a mistake, deny fundamental civil rights and need correction. If you need a sound bite to sum it up, disarm criminals first.