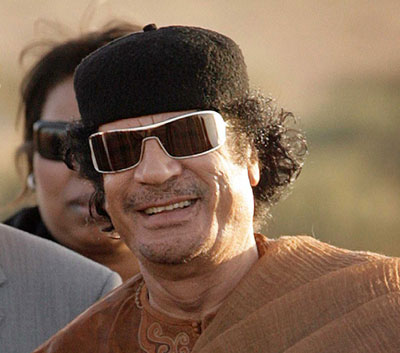 Protesters in Libya have defied a security crackdown and taken to the streets in four cities for a "day of rage," inspired by uprisings in Egypt and Tunisia, reports say.