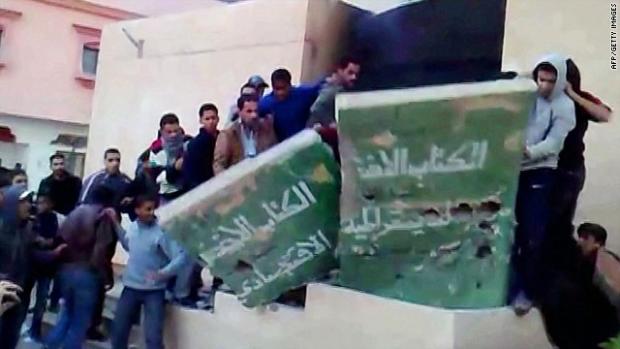 (CNN) -- Amid burials and prayers, tens of thousands of Libyans took to the streets Friday to air their discontent with four decades of Moammar Gadhafi, the longest-ruling president in the world, witnesses said.

At least 20 people were killed and 200 were injured in the northern Mediterranean city of Benghazi, Libya's second largest, said a medical source in Benghazi, who was not identified for security reasons.

CNN was unable to independently verify the information.