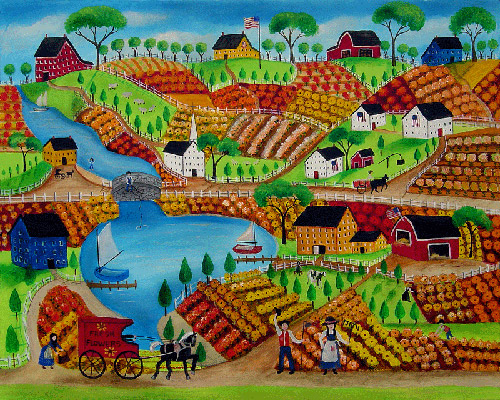 “…On Friday evening, they became perhaps the first locale in the country to pass a “Food Sovereignty” law. It’s the proposed ordinance I first described last fall, when I introduced the “Five Musketeers”, a group of farmers and consumers intent on pushing back against overly aggressive agriculture regulators. The regulators were interfering with farmers who, for example, took chickens to a neighbor for slaughtering, or who sold raw milk directly to consumers.

The proposed ordinance was one of 78 being considered at the Sedgwick town meeting, that New England institution that has stood the test of time, allowing all of a town’s citizens to vote yea or nay on proposals to spend their tax money and, in this case, enact potentially far-reaching laws with national implications. They’ve been holding these meetings in the Sedgwick town hall (pictured above) since 1794. At Friday’s meeting, about 120 citizens raised their hands in unanimous approval of the ordinance.

The 18th Amendment prohibited all kinds of activity regarding alcohol products. It was repealed by the 23 Amendment. So why is it that other forms of prohibition are being practiced daily, without an Amendment to back them up?

Farmers in Maine are trying to work their way around certain oppressive farming laws that have been implemented without an Amendment. And, what should be happening across the nation regarding the farming of Marijuana?

Farmers in Maine isn't so much about farm products as it is about the freedom of the people. A bunch of Law Makers and Law Enforcers are out to take away your freedom and your rights in ways that are not backed up by the legality of an Amendment. And when you try to stand up for your rights, they make so much red tape for you - in the form of expenses, and assumptions and presumptions against you in court - that you are overwhelmed, and simply give up.

Let the old laws stand... the ones that say, eye for eye, tooth for tooth, and life for life. And let us be free until we infringe on somebody else's rights through property damage or bodily harm. Because that is exactly what Law Makers and Law enforcers are doing with their illegal laws right now.