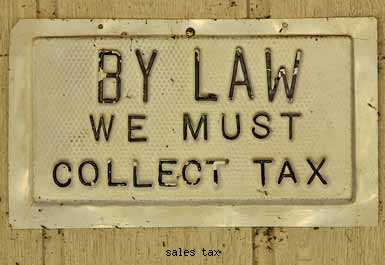 Amazon’s escalating battle with several cash-strapped states over collecting sales tax on web purchases is yet another example of technology — and particularly internet commerce — outpacing U.S. law. And the dispute shows no signs of a resolution any time soon.

At issue is the ability of e-commerce companies like giant online retailer Amazon to avoid collecting state sales taxes thanks to a landmark 1992 Supreme Court decision (Quill Corporation v. North Dakota), in which the court said that states cannot require vendors to collect such taxes if they do not have a physical presence in the state. Quill was decided before e-commerce became common, and was meant to address mail-order companies that do not have in-state storefronts.

With states across the country facing drastic budget shortfalls, officials are trying to capture billions of dollars in uncollected sales taxes they say Amazon should be collecting and remitting to the states. But as long as Quill remains on the books, the states are going to encounter fierce resistance from the company.

“The ultimate solution for the states is to get the Supreme Court to overturn that precedent, because that decision was really designed for a different economy and a different time, pre-internet,” David Brunori, executive editor of Tax Analysts and an expert in state tax law, told Wired.com. “Barring that, we’re going to see many years of states looking for loopholes as they go after these internet companies to try to force them to collect the tax.”

At present, Amazon only collects sales taxes in a small number of states, including Washington, where the company is based. Naturally, Amazon is fiercely guarding its ability to avoid collecting taxes in most states, because that ability gives it a competitive advantage in the marketplace.

Now, 19 years after Quill, several large states, including California, Texas and Illinois have begun asserting that Amazon does, in fact, maintain an in-state physical presence, either through distribution centers, or so-called “affiliates,” which are in-state organizations that partner with Amazon. New York has been making this argument for years.

“Amazon will go to a boy scout troop in the Bronx and say, ‘You want to raise some money? Have people buy stuff through Amazon.com, using a code, and we’ll kick some percentage of the sale back to your Boy Scout troop,’” said Brunori. “Amazon was doing this very successfully around the country, because it was a great method of market penetration.”

“What the states said was, ‘That’s just like having a physical presence in the state.’ And Amazon said, ‘Well, no not really,’” Brunori continued. “This has not been decided from a legal perspective, and most people think it will ultimately wind up in the Supreme Court.”

For its part, Amazon is vigorously resisting the states’ efforts, arguing that because the distribution centers are owned by subsidiaries, they don’t qualify as an in-state presence for Amazon itself. And the affiliates are separate entities from Amazon, the company said.