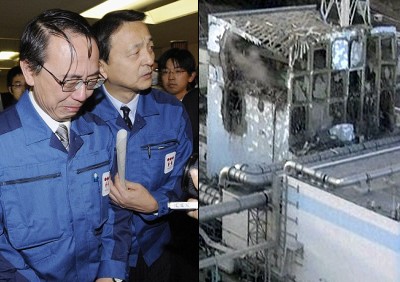 The boss of the company behind the devastated Japanese nuclear reactor today broke down in tears – as his country finally acknowledged the radiation spewing from the over-heating reactors and fuel rods was enough to kill some citizens.

Japan’s Nuclear and Industrial Safety Agency admitted that the disaster was a level 5, which is classified as a crisis causing ‘several radiation deaths’ by the UN International Atomic Energy.