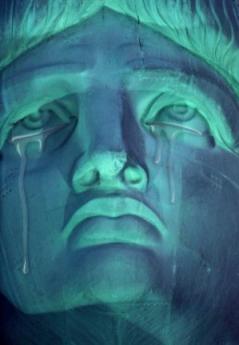 "Today, former Congressman Bob Barr is running for President and his stands on issues mirror those of Dr. Paul.  In the media, he is often compared to Paul, and we consider that an honor."

Dear ******,
If you value liberty and freedom and desire smaller government and lower taxes then I invite you to join in the only active presidential campaign that is dedicated to these principles.

You were a leader in the campaign to elect Ron Paul President.  I am sure you must be disappointed by the results of his race.  Ron Paul ran a great campaign and he was able to help focus the debate on issues of importance to us all.

Ron Paul planted a foundation for the future.  But not a distant future.

It is one that we must continue to build on every day.

Today, former Congressman Bob Barr is running for President and his stands on issues mirror those of Dr. Paul.  In the media, he is often compared to Paul, and we consider that an honor.

Bob Barr is running on the ticket of the Libertarian Party and will be on the ballot in 48 states - a major accomplishment for a third party candidacy.

In a recent Zogby International poll, Bob was the choice of 6% of voters.  For this early in the campaign, that is a great start.

And even more recently, another Zogby poll indicated that 55% of American voters want to hear from Bob in the Presidential debates.  When Bob is included in the debates, his campaign will catch fire, just as happened last winter when Dr. Paul broke away from the pack and became a national contender who competed in every state.

As you may have already observed, there is little difference between Barack Obama and John McCain.  McCain has a record of supporting big government and opposing individual rights of privacy.  Obama's promises in the campaign suggest that his administration would even further bankrupt the federal treasury and plunge our nation into even greater debt.  And while Obama has been extremely critical of McCain's foreign policy and positions on the war in Iraq, the Obama record is one of inaction.

The reality is that the only candidate willing to stand up against big government and for freedom is Bob Barr.  I hope you will join the Bob Barr campaign team.  There are three things I ask you to do.

#1.   Go to www.bobbarr2008.com to learn more and sign up for e-alerts.  We respect your privacy and won't misuse your information.

#2.  Tell your friends and fellow Ron Paul supporters about Bob and his campaign.  Remind them that only Bob Barr is committed to continuing the Ron Paul legacy.

#3.  Consider making a financial investment in the Bob Barr campaign.  Your gift in any amount will help us spread the word and win the hearts and minds of voters all across America.

You can contribute on line, on the phone, or by mail.  I thank you for your help and welcome you to the campaign.  Let's make history together.

P.S. - Let me repeat, ONLY Bob Barr will continue the Ron Paul legacy.  Your support today will help make history.

To donate by phone:
Call 1-800-Bob-Barr
Paid for by Barr 2008 Presidential Committee.

Federal law requires us to report the name, address, and name of employer and occupation for any individual whose aggregate contributions total over $200 in a calendar year. Corporate contributions and gifts from foreign nationals are prohibited. Personal Credit Card gifts only. Contributions are not tax deductible for income tax purposes. Limit of $2,300 per person per election and $4,600 per couple if signed by both parties and drawn on a jointly held bank account.

You are subscribed to this newsletter as ************** Please Click HERE to modify your message preferences or to unsubscribe from any future mailings. We will respect all unsubscribe requests.

Again I ask, what is the big difference between Ron Paul and Bob Barr? Both are libertarian-leaning conservatives (or conservative-leaning libertarians, take your pick). Both are anti-immigrant, anti-same-sex-marriage, "states rights" advocates. Other than that, they're mostly libertarian.

The Barr Campaign doesn't give a RATS ASS about the R3VOLUTION! Neither do the Republicans, and I'm starting to wonder about Ron.......