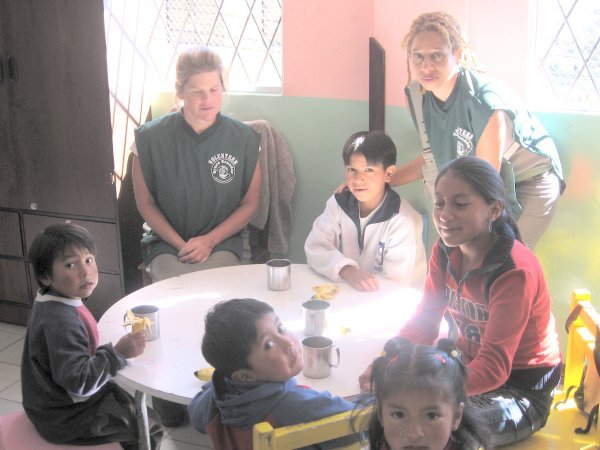 Bush accelerated it. Obama much more, so today America hangs on the precipice of what a previous article called the banana republicanization of America - a kleptocracy run by corrupt politicians and corporate crooks, scamming the public with austerity, debt peonage, and banker occupation, heading them toward mass impoverishment, misery and neo-serfdom.

Washington's current debt ceiling/budget debate centers around slashing entitlements and other social benefits to avoid a manufactured looming crisis. Off the table, however, are:

-- taxing speculators and the rich;

-- stopping the offshoring of high-paying manufacturing and professional jobs plus many others;

-- returning money creation power to Congress as the Constitution demands; and

-- investing the nation's capital in productive growth, not handouts to Wall Street and other corporate favorites, as well as permanent imperial wars, turning America into a corrupted, fascist, lawless sinkhole not fit to live in, except for the elite few pulling the strings.

At the same time, political theater, malfeasance and machinations come at the time the economy is heading south. The latest Commerce Department data showed it stalled so far in 2011. In fact, conditions are much worse based on economist John Williams' calculations.

His Shadowstats Government Statistics (SGS) analysis "reflects the inflation-adjusted, or real, year-to-year GDP change, adjusted for distortions in government inflation usage and methodological changes that have resulted in a built-in upside bias (aka cooking the books) to official reporting."

As a result, his annual growth calculation bottomed out in early 2009 at minus 6% GDP, elevated to over minus 1% in early 2011, and now has it at over minus 2% heading south. In other words, the true state of economic America is bad, getting worse.

In response to it, Obama-headed political Washington plans forced austerity at a time massive stimulus is needed - for productive economic growth and job creation to get America healthy again.

Once accomplished, tackling out-of-control debt should be done responsibly, not on the backs of working households, giving corporate crooks and super-rich parasites a pass, people who made their money the old-fashioned way. They stole it.

"The (policies and) numbers don't lie. The politicians lie. (Moreover), they're devaluating the dollar," reflected in rising gold prices, real value, not fiat paper losing it because privatized money power debases it.

The problem is "we don't have a representative form of government. That's only for little kiddies to believe. We have a government that only represents the very powerful and very rich, and that's all this is about - letting them keep their perks."

And look at what passes for government in Washington. "It's like looking at the three stooges and waiting for an intelligent answer to come from Larry, Moe or Curly, or Boehner, Reid or Polosi....Politics is nothing more than show business for ugly people."

"They're incapable. They're inept, and the same people who caused the problem. We're now looking for them to solve it. That's a definition of insanity (or better still stupidity)."

"They'll pay the debt. I don't see a default coming, but the collapse is coming regardless. Let's look at the real numbers." They're bad and getting worse. The solution is "let the people vote on these issues," not corrupt politicians only "representing the rich and powerful."

Congress operates like Mafia "mob rule, the Bonannos and Gambinos. Just put a different name on it. The Republicans and Democrats....At least if we the people vote, we'll get the future we deserve, not the one being foisted on us."

In his straight-talk analysis, Celente pulls no punches. Neither does Progressive Radio News Hour regular, economist Jack Rasmus. His latest economic analysis explains a "double dip recession on the horizon."

In fact, Obama's "recovery" was due "to what economists call inventory adjustment and export-driven manufacturing. But both are now slowing sharply." With the global economy decelerating, export sales "hit a wall."

In addition, inventory accumulation ran its course. Housing is in depression. Job prospects are bad and heading south. John Williams calculates real unemployment at 22.7%. Expect it to rise as conditions weaken.

Now, recent National Association of Independent Business surveys show small firms (responsible for creating half of all jobs) plan cutting back. So are larger companies. At the same time, state and local governments are slashing payrolls at a rate of about 25,000 a month.

Later in 2011 and next year, Washington plans the same. Meanwhile, corporate America is sitting on over $2 trillion in cash and liquid assets, "refus(ing) to invest in the US to create jobs" because profit potential is poor.

Overall, public and private sector cost-cutting is de rigueur across the board, making a bad situation worse. As a result, "there is little if anything on the economic horizon to suggest....renewed economic growth and recovery." Conditions are bad, getting worse, and planned budget cuts will be disastrous for working Americans.

Comparing the US economy to a "punched-out fighter in the 8th round," job creation from July through September may prove a knock out blow. "That's called a double dip recession."

And with planned budget cuts hammering most Americans, it's called Depression. Working households have experienced it since 2008 because political Washington abandoned them when they needed help, and now plans to hit them harder.

Expect political Washington's approval to head further south once Americans learn how an Obama-led bipartisan conspiracy scammed them by stealing their welfare and futures. Hopefully they'll get mad enough to react. It's their only chance.

1 Comments in Response to Heading for Economic Ruin

There is only ONE solution to this nightmare:  Americans MUST become more SELF-RELIANT.  And, cut off the 'globalists' - via BOYCOTT.