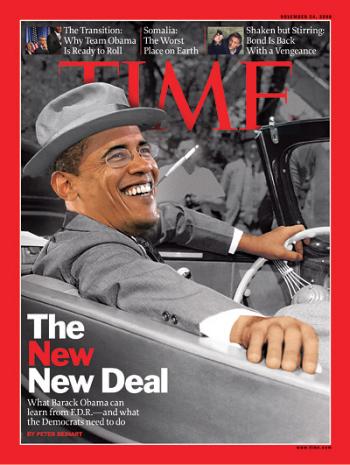 Chosen to serve power, not popular interests, Obama wrecked America's economy to save giant Wall Street banks. He's still doing it, despite claiming he's been out in front doing all he can.

As a result, Main Street is mired in protracted Depression. Economist David Rosenberg believes we're in the "third inning" of hard times malaise.

America's Greatest Depression began in late 2007. Rosenberg calls is a "modern-day" one similar to what Japan experienced for over two decades. It's still ongoing, boding ill for US workers if America replicates Japan's experience.

Most of America's went for banker bailouts, tax cuts for corporate favorites and super-rich elites, as well as quantitative easing money creation for speculation, not economic growth.

From 2002 - 2007, America's economy was massively manipulated and levered. As a result, financial activities comprised 40% of profits. At the same time, household debt to income and assets "surged to unprecedented levels and the personal savings rate" was negative when the housing bubble peaked.

As a result, America experience levered prosperity. Conditions are now reverting to the mean. A long way down remains.

Since fall 2007, GDP, production, real income, and other major economic indicators never recovered to previous cycle highs. In normal times, post-recession tops are achieved and surpassed in a year or less.

Not now. Home sales are 22% lower than in late 2009. Employment growth, in fact, has been stagnant for over a decade. The S&P 500 is no better than in spring 1998.  In terms of job creation (what matters most on Main Street) and equity appreciation, America's had a lost decade well into another one.

When excesses produce bubbles, mean reversion is protracted and painful. Structural, not cyclical, problems need fixing. It happened in the 1930s, Japan since 1990, and today in America and Europe, causing global reverberations.

Despite fiscal and monetary measures, America's economy "is still saddled with roughly $1 trillion of excess capacity." Moreover, unemployment is shockingly high at nearly 23%.

Again, headline numbers stick to the illusory 9.1% based on most recent data because the formula to compute it was manipulated to lie. Workers without jobs wanting them tell a different tale.

As a result, getting there entails mean reverting from $4 - 6 trillion to bring liability levels to where credit again can expand. It won't happen easily or quickly.

"It will take time and a shared burden by lenders, households and future generations of taxpayers before we hit bottom in this credit contraction."

Consumers no longer see dwellings as a surefire investment, especially with continuing foreclosures and falling valuations with no end of pain in sight.

Moreover, since late 2007 to mid-2011, an estimated $7 trillion of household net worth was lost. Recouping modest amounts of that will take years, and for older workers nearing retirement it's too late.

"Long and variable lags between changes in household net worth" and consumer spending patterns suggest protracted demand weakness for years. Emphasizing savings and budget priorities will impact most discretionary goods and services negatively.

Ahead, emerging economies will far outdistance America even though global demand overall relied too long on the US consumer for growth. That "well (ran) dry. This time for good," at least for the long term.

Moreover, the combination of rising US savings reducing aggregate demand will be deflationary for years.

They understand it better than Wall Street's best and brightest, getting fat bonuses while working Americans suffer.

1 Comments in Response to Obama's Depression

Yes, the U.S. economy is tanking, mainly thanks to the social engineers who decided that the real estate boom for the middle class could be co-opted for the lower classes by hijacking the financial system to let them buy homes with no income or credit, which was like a balloon that finally blew up, hurting the entire system.  Too bad, Republican pres. Bush presided over it all, but both parties were to blame, makes me want to vote Libertarian.

Not really, because Libertarians are isolationists, and unless we Shock & Awe and invade IRAN soon, we might see whole sections of the U.S. turn into moonscapes after they set off nukes. I'm not 100% sure, but I'm pretty sure that WWII mobilized the American economy and reduced unemployment to zero, and reversed the Great Depression. Actually, a real libertarian would want zero employment, after we all become so rich that we can lounge like gods and blog, wait for the socialized robot revolution, the govt. will send us $50K a year for not working.

To cut to the chase, I hope we get a new president who gets us into a war to finish the Islamic Republic of Iran off, this time without the nation-building crap. And this time let's use all the drones and robot soldiers we can, and skip the dismembered U.S. troop problem. Of course, history shows that it's the Democrats who start wars, and the Republicans who finish them, but if President Herman Cain starts a new precedent, I'm with him  :)  Not that it's fun to live in a wartime economy, but the alternative of nuclear holocaust in some heavily Jewish city like Jew York or Jewywood doesn't sound, and having a religious-like devotion to a cause has its compensations, ain't shared poverty cool. Will the U.S. wait until the first nuke is set off to act? The genetic damage alone will forever mess the U.S. pop. up, who wants it, Ron Paul? I'm an American, I prefer to go out shooting.