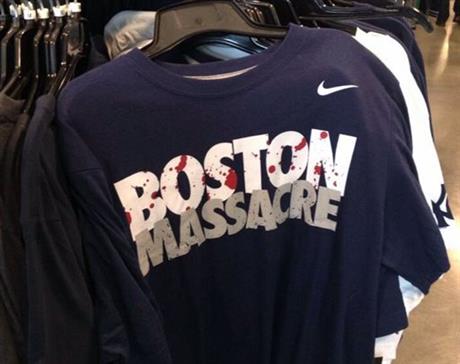 Authorities claim both brothers used pressure cookers packed with metal and ball bearings rigged to explode. How they fit in their back packs wasn't explained. Ones they wore weren't large enough.

Other disturbing questions remain unanswered. What possible motive did they have? What could they gain? What evidence suggests they had bomb-making expertise? Why didn't authorities intervene before marathon day?

FBI operatives monitored older brother Tamerlan for years. Suspicions alone should have warranted intervention. Most likely, there was no reason to do so.

They were set up. They were convenient patsies. One brother's dead. The other's the living dead. Denying him judicial fairness is certain. He's guilty by accusation.

On April 22, a Department of Justice press release headlined "Suspect in Boston Marathon Attack Charged with Using a Weapon of Mass Destruction," saying:

Attorney General Eric Holder announced it. An unsealed US District Court for the District of Massachusetts criminal complaint charged Tsarnaev with:

• "one count of using and conspiring to use a weapon of mass destruction (namely, an improvised explosive device or IED) against persons and property within the United States resulting in death, and

• one count of malicious destruction of property by means of an explosive device resulting in death."

If convicted, potentially he faces "death," "imprisonment for life or any term of years." He "had his initial court appearance today from his hospital room."

Holder said "our investigation is ongoing….(T)oday's charges bring a successful end to a tragic week for the city of Boston, and for our country."

He praised state and local police, as well as federal law enforcement and intelligence officials.

"(O)nce again," he said, "those who target innocent Americans and attempt to terrorize our cities will not escape from justice. We will hold those who are responsible for these heinous acts accountable to the fullest extent of the law."

He was a young boy on arrival. No evidence suggests links to terrorist groups. A throat injury prevents him from speaking.

An unnamed US official said his wound "had the appearance of a close-range, self-inflicted style." He claimed he tried to kill himself. Unanswered was why by shooting himself in the throat?

Effective ways are through the mouth or temple - the flat area on either side of the head between the forehead and the ear.

White House spokesman Jay Carney said he'll be prosecuted in civilian court. US Attorney for the District of Massachusetts Carmen Ortiz will be chief prosecutor.

Months earlier, she was admonished for aggressively targeting Internet activist Aaron Swartz. She did so before his death. She's a potential Massachusetts gubernatorial candidate.

She let Assistant US Attorney Stephen Heymann aggressively pursue Internet fraud. He did so unjustly. Swartz advocated online freedom. He had every right to do so. He sought a better open world. He believed information should be freely available.

A 2004 court decision also showed then assistant prosecutor Ortiz used overly aggressive tactics. Expect the worst employed against Dzhokkar Tsarnaev. His trial will get national coverage. It's too early to know when it's likely.

"Authorities claim both brothers used pressure cookers packed with metal and ball bearings rigged to explode. How they fit in their back packs wasn't explained. Ones they wore weren't large enough."

Oh, so hard large did they have to be? And why were they wearing backpacks to a marathon? Going on a hike?

This sick Lendman agitprop-for-hire artist would be funny if it weren't so tragic. This loon actually wants us to believe that our govt. killed its own citizens. For what? To portray Islam as evil? It doesn't need to do that. No, Pres. Obama has been trying to sell it as the best thing since buttered bread. If it were a govt. false flag then they would have had rightist white supremacists walking around with too-small backpacks instead.

Lendman's goal is extermination of Israel, and anything that weakens America or its unity helps that goal.  Of course it's only ISLAM that teaches true believers to kill infidels for Allah.  In Lameman's Saudi-greased bizarro world, Muslims are sacred cows, and it's only whites that are bad. Here's how Islam really works: