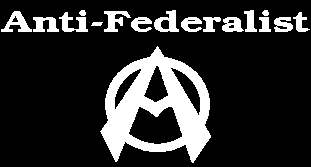 In return for ratifying the original Constitution, which had no bill of rights, the new Congress would immediately propose amendments to protect individual liberty. Madison's adversaries opposed such amendments. They wanted Fed Power gone.

The Bill of Rights didn't apply to the States and for the most part, all went according to State Constitutions for 150 years regarding the Bill of Rights because our rights were also protected in State Constitutions according to the people in each State's desire to protect or limit whatever rights they felt served society best. Even after the 14th Amendment, the State Constitution was the authority and only Congress could step in under the power of the 14th to correct injustice. For that first 150 years, the Court left things to the states even when they shouldn't.

For example, in 1875 when Congress, Constitutionally, under the power of the 14th banned segregation, the Court overruled them and we had segregation for another 80 years. All 50 states have God in their State Constitutions and we had State Religions until 1833 with at one time or another 12 of the 13 states having them and they were "Constitutional" under original intent which Jefferson said religon was a "state issue" that the federal government was banned from interfering in.

Thus, we had laws against public profanity, obscenity, adultery, homosexuality, vagrancy, lewd and lascivious behavior, nudity, fornication, etc. We still have 20 or so states today where adultery is illegal and they were all constitutional because each state had a Constitution to use to limit state power that "we the people" could amend in each state just as the states could amend the U.S. Constitution.

To debate the Bill of Rights and whether they have served us well or not, should not be the debate. It should be how do we return to the original intent of limiting the power of the Federal Government while preserving the right of "we the people" in each state to govern their own society.

Patrick Henry said upon hearing that James Madison would be leading the Virginia deligation in the committee tasked with creating the new U.S. Constitution said, "I smell a rat!" How prescient.

Were Henry alive today, upon reading this "journalist's" screed, would undoubtedly repeat the above oath.

Sixty years ago people said it will NEVER happen.

BREAKING: Wikileaks has dumped all their files Online...

The Beginning is Nigh - by Ernest Hancock