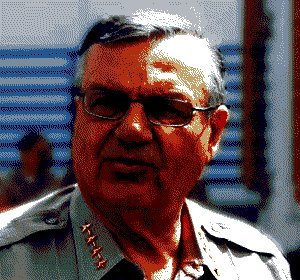 PHOENIX » An Arizona sheriff known for aggressively cracking down on illegal immigration is being stripped of some of his power to enforce immigration law.

Federal officials did renew a deal that will let Arpaio's jail officers determine the immigration status of people in his jails.

Arpaio says federal officials offered no explanation of why his powers were cut in half.

A spokesman for U.S. Immigration and Customs Enforcement declined to comment on the curtailment of Arpaio's powers.