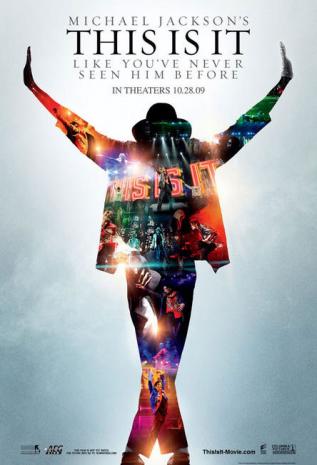 Culled from 80 hours of videotape taken of the pop star's final days of rehearsals for a series of London concerts in July, director Kenny Ortega has called the film "a story of a master of his craft."

Several hundred fans, many of them wearing a single sequined glove like the one Jackson donned in the 1980s, gathered for the Los Angeles premiere and at a simultaneous opening in London. Some 150,000, including fans from Brazil and Australia, watched the L.A. event live on the Internet.

Premieres were also held in 15 other cities including Seoul, Johannesburg, Rio De Janeiro, and Berlin.

Motown Records founder Berry Gordy, and Jackson's brothers Jermaine, Tito, Jackie and Marlon were among those who paid tribute to Jackson, who died in June, days before his concert comeback.

Just came back from This Is It.  And it was.  Michael has always been a gentle soul.  It was another opportunity to see how Loving of a human being he really was, and how he truly saw a bigger picture.

The Torture and Execution of Kiki Camarena

A Child's Voice - Let's see how long it stays up.... (Publisher Recommended)

Andrew Wakefield Releases "1986:The Act" Film all About Big Pharma's Immunity from Vac

If Movie Theaters Reopened, Would You Go?