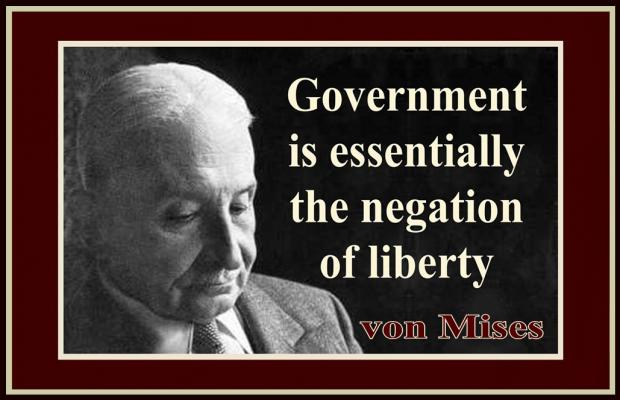 Last week, Lew Rockwell posted my essay "In the Summer of 2009" with the title: Smart, Rich People Are Leaving the US. As usual, I received a number of responses both positive and negative.

Many of the negative, mostly "super patriot neocon types" wrote in slamming Steve Wynn and other Americans who decide to leave America as unpatriotic and cowardly while they always proudly announce in a macho tone, "I’m staying to fight to the end" or "I will give up my gun when they pry my cold, dead fingers from around it." While this talk of Alamo-like resistance might look good on a bumper sticker or a blog post, it is not very practical.

In our situation, violence will only make the situation worse and will be a clear indication that the forces of real freedom have lost. In a worst-case scenario, a more likely outcome is an American public reduced to destitute paupers as we survive like latter-day serfs working for the government or on handouts.

What Would Mises Do?

"There is no means of avoiding the final collapse of a boom brought about by credit expansion. The alternative is only whether the crisis should come sooner as a result of a voluntary abandonment of further credit expansion, or later as a final total catastrophe of the currency involved." ~ Ludwig von Mises

I believe we are facing a future collapse of our debt and dollar as Mises outlines in the above quote. We should forgo the macho, "Apocalypse Now smelling napalm in the morning rhetoric" and ask ourselves, "what did Mises do in a similar situation?"

In 1934, Mises left Austria for Switzerland rightly fearing a Nazi Anschluss or annexation with Germany which most of the population eventually supported in 1938. Later in 1940, he left Switzerland for the US fearing a successful German invasion of Switzerland. What could a little Jewish man have done fighting the German Wehrmacht or the Waffen-SS? Absolutely nothing!