> List of Goldman Sachs People in the Obama Government: The - Freedoms Phoenix 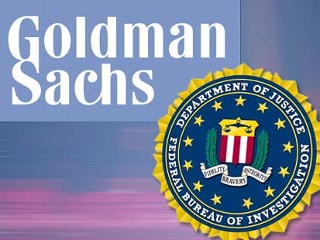 At a time when Congressional hearings are set to call testimony from some Goldman Sachs employees, it is vital to understand how widespread that institution’s ties are to the Obama administration. This diary shows the pervasive influence of Goldman Sachs and Goldman created institutions (like the Hamilton Project embedded in the Brookings Institution), employees and influence peddlers in the Obama administration.

It is further of note that although Goldman Sachs has been the center of attention especially since Matt Taibbi’s insightful investigative journalism, that I have not been able to find a comprehensive list of the influence of Goldman Sachs in this administration. Recently in the New York Post, for instance, Michelle Malkin wrote a good article called "All the President’s Goldman Men" but she only listed the usual suspects like Larry Summers, Timothy Geithner, Rahm Emanuel, Gary Gensler and Mark Patterson.

But that’s just the tip of the Goldman Sachs iceberg. Here you will find, I believe, the most comprehensive list of people-groups yet available to show how Obama’s administration has really become the Goldman Sachs administration. But I need your help. I suspect there are far more people out there with such ties that I have missed even though I have spent lots of time researching this issue. If you know of other people who should be on this list, please help out and give the details in a comment to this diary.

Former Interpol Chief Sentenced To 13.5 Years In A Chinese Prison