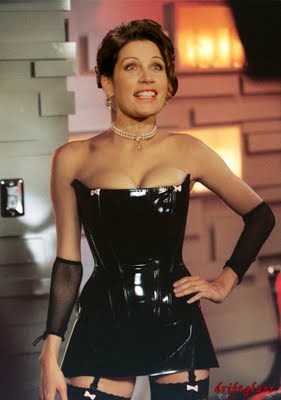 The document also implies that homosexuality is a choice.

"No peer-reviewed empirical science or rational demonstration has ever definitively proven, nor has even shown an overwhelming probability that homosexual preference or behavior is irresistible as a function of genetic determination or other forms of fatalism," according to the Christian group.

With her signature, Bachmann seemed to be implicitly agreeing that black children were better off during slavery.

"Slavery had a disastrous impact on African-American families, yet sadly a child born into slavery in 1860 was more likely to be raised by his mother and father in a two-parent household than was an African-American baby born after the election of the USA’s first African-American President," the document said.

"Given that families were broken up regularly for sales during slavery and that rape by masters was pretty common, this could not be more offensive," Jack & Jill Politics' Cheryl Contee noted.

As a part of the pledge, Bachmann promised to ban "all forms of pornography and prostitution, infanticide, abortion and other types of coercion or stolen innocence."

The Minnesota Republican also agreed that Sharia law is a "form of totalitarian control."

With sad regret, this probably means decent, ordinary people will be subjected to Oyate's naked body in all media available.

that pic disturbs me, her face is fugly.

Oh whoops, us native elders aren't supposed to speak disrespectfully of females so as soon as you invent one, we can be counted on to support them.

Bachman is is only using the Tea Party as a springboard for more recognition.  She is NOT or never will be a Tea Party choice despite what the MSM tells you.

So, now the 'T' in 'T Party' stands for THEOLOGY!?!  Whatever happened to "Congress shall make no law respecting an establishment of religion,..."?

All in the stroke of a pen.