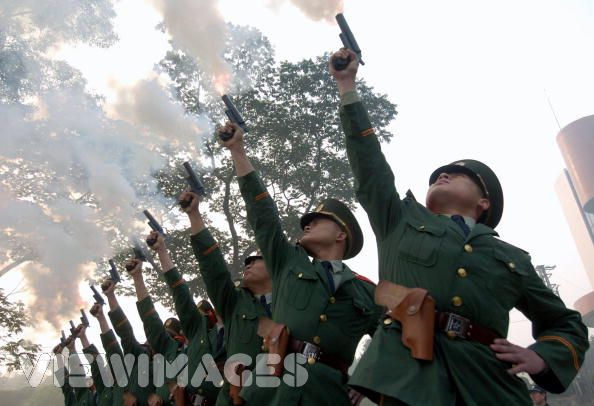 Police planted a weapon and fabricated witnesses to cover up the shooting deaths of two civilians in the aftermath of Hurricane Katrina, a New Orleans detective told jurors on Monday.

Former homicide detective Jeffrey Lehrmann, who wore a wire to secretly gather evidence against fellow police officers involved in the shooting, faced them in court and described how those tactics helped them cover up a "bad" shooting for years and frame an innocent man.

2 Comments in Response to New Orleans cops planted weapons, made up witnesses: trial

Yet another corrupt agency heard from. I haven't heard a word about this in the so-called mainstreem media - Big surprise!

Again, who would expect anything else, especially from New Orleans; their scandal and corruption record rivals LA's Rampart Division, Denver's "one theft fits all" scandal, everuything Chicago ever did, New York City's bribery and payoff programs, and Miami's kill-and-rob drug remediation tactics. I still maintain that the unwashed masses don't care what anyone in government says or does, so long as the 7-11 and McDonalds are open. As for the media's  Fourth Estate and its bastard stepchildren - entertainment in every format and politics - were bought and paid years ago.

As for the "criminal justice system", crime is rampant; justice is not even a gleam in its eye; and, the system is corrupt from the lowiest functionary to the highest elitist cadre. [Make no mistake: Americans truly have the best government (their) money can buy!]

It's about time those of us you know the difference quit supporting our keepers and begin to demand our constitutional rights and human liberties be defined, defended, and restored. (Ask yourself: When was the last time a cop actually "stopped" a crime? Even though our elected "officials" never read the draconian and "illegal" Patriot Act, before they approved it, is it the "will of the people, anyway? Or not? Do I know anyone who has been wrongly accused or arrested? Does an aquittal at trial mean that there was a false arrest? Or, maybe, false imprisonment. Should a prosecuting attorney who fails to convict be allowed to stay in "office"? Does such an attorney owe the city, county, state, or country the money that was wasted on a bogus arrest, imprisonment, and trial? Why soes there seem to be so many trials in the U.S.? Why are there more attorneys in the U.S. than in all other developed nations, combined? Is it possible that judges allow so many frivilous and bogus cases in court because they are atorneys and view the whole process as "make work" and personal job security? Did law enforcement generally turn to crap about the same time as affirmative action began replacing "professional" and interested cops with a bunch of "careerists" who saw a job and benefits long before they could even spell "protect and serve"? Should I call a cop if I'm injured, since they'll eventually show up after the medics arrive? If I have nothing to hide, is it wise to allow a cop inside my purse, car, home, or business, seeing as how the search is for "nothing"?)

I could go on, but even I'm getting bored. I've trained cops and know somehtoing of how they think and operate. I'm also a criminal justice scholar and researcher, who has spent nearly 30 years studing the "system". I am sickened every day by the institutionalized abuse of the citizens of the United States, at the hands of corrupt cops, attorneys, and judges - cheered on by the folks they really serve (politicians).

I'll leave you with this bit of information. Many, many cops have the following view of the world they inhabit, and it speaks volumes: There are three kinds of people. Cops. Cop families. And, assholes. (Where do you fit in their "social continumn"?)

Please say it ain't so!  Not in my Amerika.

"This Isn't The Kenosha I Know"