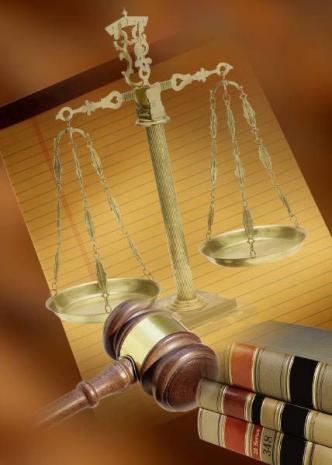 Quartzsite ordered not to fire officers

Superior Court Judge Robert Bartlett has issued a temporary restraining order telling the Town of Quartzsite they cannot terminate any of the police department employees currently under investigation until those employees have a meaningful pre-termination hearing with a neutral decision-maker. The order was handed down Aug. 1.

The Town was ordered to reinstate any officers or police employees who had been terminated, and that the pre-termination hearings should not include Town Manager Alex Taft, Police Chief Jeff Gilbert, or Assistant Town Manager Al Johnson.

Bartlett further set a hearing for 1:30 p.m. Aug. 15 in La Paz County Superior Court for the Town to “show cause” as to why the temporary restraining order should not remain in place until the employees file a motion for a permanent injunction and the court holds a hearing on that motion.

Bartlett is from Mohave County. La Paz County Superior Court Judge Michael Burke has recused himself from the case.

The plaintiffs are Linda Conley, Heriberto Dominguez and his wife Yoami, Stephen Frakes, James C. Kemp and his wife Reyna, Michelle Norris, William Ponce, and Herlen Yeomans and his wife Eloina. They are part of the “Quartzsite 10,” nine police officers and an evidence technician who signed a letter in May 2011 stating they had no confidence in Gilbert.

They alleged Gilbert engaged in misconduct in personnel matters, abused the powers of his office, and was too involved in the town’s politics. They asked for an investigation from a law enforcement agency like the Arizona Department of Public Safety.

The letter was sent under the banner of the Quartzsite Police Officers Association. The officers received support from the Arizona Conference of Police and Sheriffs. At the June 14 Quartzsite Town Council meeting, ASCOPS Vice President John Stair stated a vote of no confidence in the chief by officers is a rare occurrence, and was an indication of serious problems within the department.

All the council members, except Mayor Ed Foster, left the dais while Stair was speaking. They said an investigation of Gilbert was already under way and they had been advised they should not listen to Stair’s presentation until that investigation was completed.

The results of that investigation, which was conducted by Sonya K. Boun of the law firm of Jackson Lewis, were released July 18. The investigation found no evidence of criminal wrongdoing, and concluded there was reason to question the motives of some of the officers making allegations against Gilbert. The investigation found Gilbert followed town policies and procedures as they were established.

The report also found many of those policies and procedures were outdated or were not clear. The report stated Gilbert did not handle many personnel situations as well as he could have, and recommended he attend training courses on harassment and discrimination in the workplace, management and sensitivity training.

Will Ponce, president of the QPOA, told the Pioneer the report did not completely exonerate Gilbert.

Jackson Lewis is a firm that specializes in handling management’s side in labor-management disputes.

On July 20, the 10 police employees were informed they had been placed on administrative leave pending an investigation of whether they had violated town personnel policies. Specifically, they were accused of bringing discredit to the Town of Quartzsite and knowingly making false accusations against Gilbert. Johnson was conducting the investigation.

The officers were told they needed to be ready to be interviewed at any time, and were told not to leave their homes from 8 a.m. to noon and from 1 to 5 p.m. weekdays or they could face disciplinary action.

The police employees filed a complaint July 29 in La Paz County Superior Court. Their attorneys, Jon D. Schneider and Charles D. Onofry, claimed the decision to suspend and possibly terminate the employees was not supported by any substantial evidence. They claim the town’s actions were retaliation for the employee’s exercising their First Amendment rights, were a violation of their due process, were a violation of Federal law (42 USC 1983, which holds that actions can be taken against officials who deprive individuals of their civil rights under cover of law), were a violation of Arizona’s “Whistleblower” statutes, and also amounted to breach of contract and defamation.

In handing down the temporary restraining order, Bartlett said the order was needed to prevent financial harm to the employees.

Ponce told the Pioneer he went to Town Hall Aug. 3 to check on his status and was told he had been terminated and would soon be receiving his last paycheck. He said he would pass that information on to the attorneys.

Gilbert is also being investigated by the DPS over allegations he misused federal crime databases to obtain information on political opponents.

1 Comments in Response to Quartzsite ordered not to fire officers