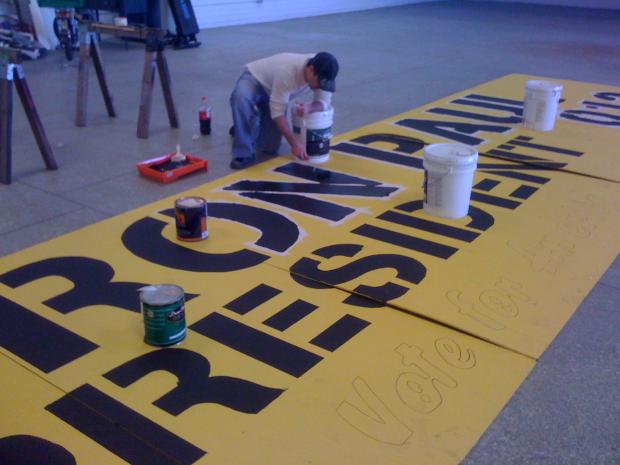 On Saturday, the Ames Straw Poll was conducted in Iowa amid huge media interest and scrutiny. The results were enough to force one Republican candidate, Tim Pawlenty, out of the race, and catapult another, Michele Bachmann, into the “top tier.”

There are so many “top tier” stories in the media today that I can barely count them, let alone read them all, and Bachmann is in all of them by virtue of her victory at Ames. The rest of the tier is made up of two candidates who skipped Ames, Rick Perry and Mitt Romney.

As The Daily Beast put it: “The new top tier of Bachmann, Perry, and Romney — created by Bachmann’s Iowa straw poll win, Perry’s entry into the race and Romney’s lead so far in many national and state polls — has unleashed torrents of talk about the reshaped race.”

Paul’s name was not mentioned in this piece nor in many others. A Wall Street Journal editorial Monday magnanimously granted Paul’s showing in the straw poll a parenthetical dismissal: “(Libertarian Ron Paul, who has no chance to win the nomination, finished a close second.)”

But “close” does not fully describe Paul’s second-place finish. Paul lost to Bachmann by nine-tenths of one percentage point, or 152 votes out of 16,892 cast.

Will no one rid the GOP of this troublesome congressman?  http://washingtonexaminer.com/politics/2011/08/will-no-one-rid-gop-troublesome-congressman