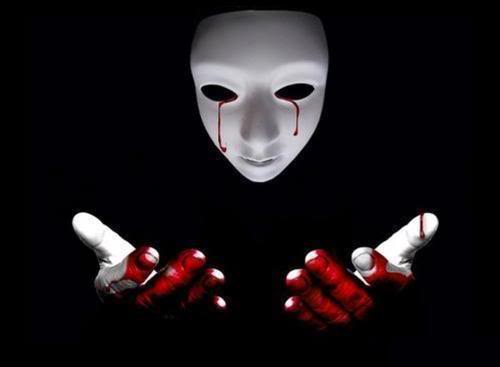 Societies can be sunk by the weight of buried ugliness.

The Lincoln (NE) JournalStar newspaper has a lengthy article discussing the problems the State of Nebraska is having administering lethal injections to condemned prisoners. The difficulties are related to the apparent shortages and/or quality of one of the three chemicals used to put a prisoner to death, as well as to legal challenges brought against the practice. The title of the article asks "Should Nebraska tweak execution rules?" I have enough to say against capital punishment without confining my objections to the space of an article. What grabbed my attention was this title itself.

If the State of Nebraska is seeking precedent for "tweaking" the rules that prescribe how it is to go about lawfully killing people, it need look no further than the content of what passes for "news" in our world. With the continuing collapse of the pyramidal power structure with which political systems exercise their defining monopoly on the use of violence, governments have had to scramble to reinforce their coercive authority. For a long time, the appetites of the state – along with the corporate interests that direct the political machinery to their ends – have been disguised behind such liberalizing notions as "due process of law," individual "inalienable rights," and more general allusions to such principles as "life, liberty, and the pursuit of happiness."

Beginning in early childhood, schools have inculcated young minds in the alleged virtues of obedience to the centralized authority of the state, without whose continuing supervision, we have been told, would render our lives "nasty, brutish, and short." Lest such teachings be lost in our adult pursuits, the institutional order reinforces them through its varied systems: the entertainment industry, political campaigns and elections, and those supposed organs of information I call the "lockstep media." The distrust of power that might otherwise exist in the minds of even the most gullible, is offset – by the chorus of establishment voices – with assurances that there are inherent limitations on both the range and methods by which state systems act.

The Constitution, we have been told, provides one such restraint upon the state. But it takes little time to discover that words do not carry with them the same meaning as what we use them to describe. The words "reasonable," "general welfare," "common defense," "due process," "probable cause," and the like, do not lend themselves to the demonstrable precisions of thought that we find in mathematics. The proposition "2 + 2 = 4" can be concretely demonstrated to any dullard in a matter of minutes. The content of what legal "process" is "due" an accused individual is another matter, inevitably tied up in the biases, self-interests, fears, and other subjective forces at work within the minds of those who are to decide such matters. In any political system, of course, it is the state itself that makes such determinations. Government officials – be they presidents, senators, judges, or administrative commissioners – will interpret the meaning of all the inherently vague and abstract words under which they act.

1 Comments in Response to Overcoming Barriers to Killing

Unfortunately,even the Supreme Court has lately been ruling using some very bizarre interpretations

Coronavirus digital health passport to be supplied to 15 countries