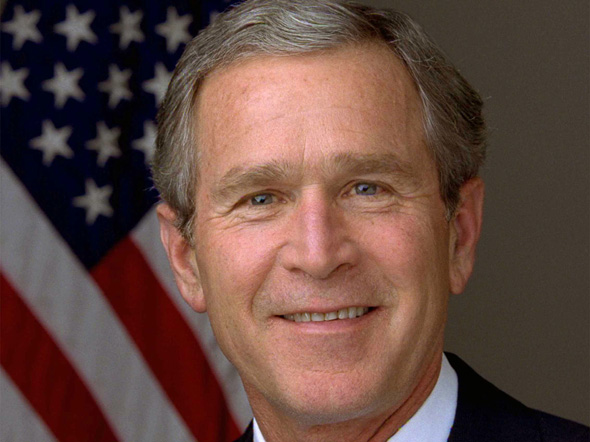 Specifically, Romney suggests that we should be creating 500,000 jobs a month--a job creation rate that, as Krugman observes, is rare to say the least.

(For context, excluding the first year of the Obama Administration, during which the country was still in the depths of the Great Recession, 131,000 jobs per month have been created. Including that rough first year, 35,000 jobs per month have been lost during the Obama Administration. But it doesn't seem fair to blame Obama for the collapsing economy he inherited.)

Meanwhile, Romney waxes nostalgically about the dream-like economy during the Bush Administration, before the Democrats ruined everything. He promises a return to those years.

So here's a quick quiz:

How many jobs were created per month during the Bush Administration?

First, we'll look at the number of jobs created on average in the first 7 years of the Bush Administration, before the disastrous last year, when the economy fell off a cliff.

We'll look at the number of jobs created on average during the Bush Administration including the disastrous last year.