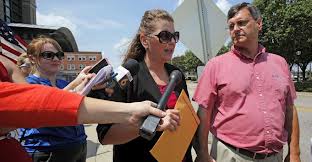 Marine Brandon Raub of Richmond, VA, was unlawfully detained and ordered to be released from a Psychiatric Hospital, according to Circuit Judge W. Allan Sharret on Thursday. Judge Sharret concluded that the involuntary commitment petition against Raub was "devoid of any factual allegations."
The decision was correct; however, the shocking nature of the actions leading to Brandon's involuntary admission to a VA hospital illustrate a broader concern about individual liberty in America. And there are some major inconsistencies, described below. 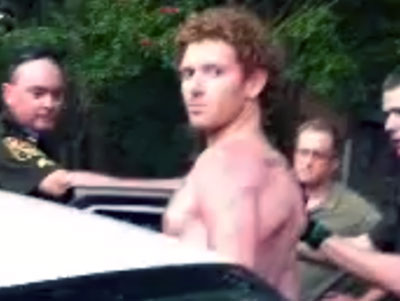 Raub, who served his country in Iraq and Afghanistan, was taken by the FBI and Secret Service earlier this week after he was accused of posting "terroristic" messages on Facebook. Raub's lead attorney, John Whitehead of the Rutherford Institute, said that the posts cited as "terrorist in nature" were actually a part of a private Facebook game called Illuminati that Brandon was playing online with his siblings and was being monitored by the FBI.

In January, the FBI "announced it was seeking to develop an automatic mass-monitoring computer application to analyze Facebook for crime-related comments," as reported by Mashable. Was this a part of that initiative? In light of this overreach, will the program be scrapped or at the very least, reviewed? The article claims that the FBI is also spying on SKYPE, but with a court order. Do American Citizens want their Facebook postings and SKYPE conversions monitored by the government?

This case has been a study of conflicting statements, as the TimesDispatch reported that a "Crisis Employee" stated in a mental assessment record that one of Brandon's friends reported Brandon to the FBI for conspiracy theories and threats to George W. Bush. So which was it? Did the FBI spy on Brandon or did a friend "turn him in"?

Another important conflict is that Raub's mother said that an FBI agent told her that Brandon was "arrested by the Chesterfield police department" because he "assaulted an officer and resisted arrest." Michael Kelly of Business Insider, however, reported that the Chesterfield Police Department said Raub has not been charged with resisting arrest and assaulting a police officer. This frightening inconsistency should raise flags. Why would Brandon's mother make such a statement if that is not what she was specifically told by the FBI?

Attorney Whitehead told Business Insider that "every year in Virginia more than 20,000 people are committed under similar circumstances and 'that means a lot of people are disappearing' under the pretext of mental illness." If this is true, the unlawful detainment of Brandon has nothing to do with the NDAA and its unconsitutional detention provision; so that begs the question, what exactly is Virginia up to?

The Motion stated, in part:


"The government's power to involuntarily admit an individual for evaluation of a mental illness is a creation of statute. Because an order providing for such admission deprives a citizen of his liberty, to protect citizens from an overreaching government the Virginia legislature has created a specific, detailed procedure, set forth in Virginia Code § 37.2-800, that must be followed before an individual can be involuntarily admitted. In the present case, that procedure was not followed. As such, the District Court's August 20, 2012 order is void."

Tiffany Madison from Washington Times Communities reported that the judge overseeing the case was "shocked by the failure of the magistrate to include in the order any grounds for holding Raub." One cannot help but wonder how it is possible that Brandon was held in the first place. And is Brandon Raub's case indicative of other cases in Virginia? In America?