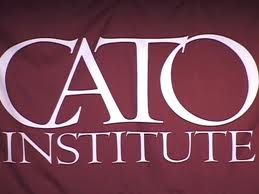 After a protracted struggle between Ed Crane, the President of Cato since its inception, and Charles and David Koch, both sides have reached a settlement. John Allison, a highly successful banker, has replaced Crane: he is now President and CEO of Cato, To all of us who care about the future of Rothbardian libertarianism, this appointment should be a matter of grave concern, It signals a new stage in the efforts of Cato to separate itself from its Rothbardian founding principles and to replace these principles with something radically different.

Allison’s appointment at first sight seems difficult to understand. He is not only a follower of Ayn Rand, but a Randian of the strictest observance. In his recent book, The Financial Crisis and the Free Market Cure, he acknowledges "a deep intellectual debt to Aristotle, Ayn Rand, and Leonard Peikoff." (For many readers, "from the sublime to the ridiculous" will come to mind.) Peikoff is of course the guardian of the flame of Objectivist orthodoxy, ever anxious to expel heretics, such as David Kelley, who displease him. Peikoff is closely associated with the Ayn Rand Institute, and the President of that organization, Yaron Brook, also is close to Allison, He finds Allison’s book to be "the best, deepest, explanation of what caused the crisis and the consequences of our government’s response to it." The website of the Ayn Rand Institute features the book.