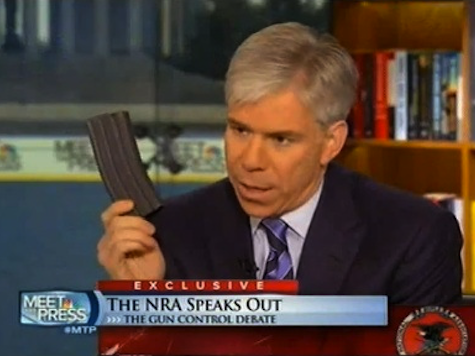 In a discussion about gun control, host David Gregory brandished a 30-round magazine purportedly for an AR-15 or similar "assault rifle." The discussion took place on December 23, during the broadcast of NBC's Sunday morning political talk show.

Washington D.C.’s gun laws, however, state that even possessing such a device is a violation. Meet the Press is filmed at NBC's D.C. studios.