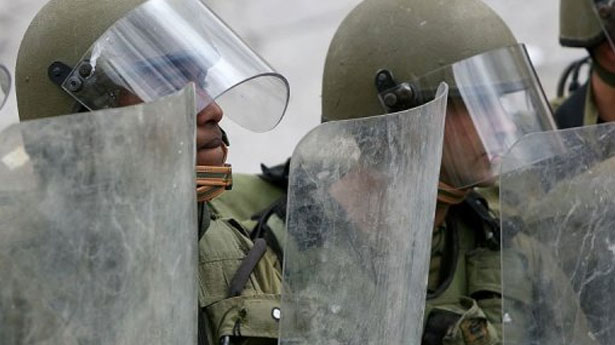 Israeli troops shot and wounded a physically disabled Palestinian man during an arrest operation in the southern West Bank city of Hebron on Thursday, a prisoners’ rights group said.

Motazz Obeidu, 32, was “seriously wounded by Israeli army gunfire during an arrest operation” at dawn, the Ramallah-based Prisoners Club said, describing him as “physically disabled” although it did not say how.

The Israeli army confirmed that a man had been shot after he turned violent during an arrest operation, but did not comment on whether or not he was disabled.

“During the apprehension, the Palestinian suspect… began to act violently, throwing an axe, a gas canister and a wheelbarrow at soldiers, injuring two of them,” a spokeswoman told AFP.

“He then attempted to steal one of the soldiers’ weapons. The soldiers fired towards him to stop him and he was lightly injured,” she said, indicating that Obeidu was treated at the scene and then taken to an Israeli hospital.

Iran's supposed threat to the U.S. is a scam Israel and its lobby promote to changeb...

Get Jabbed for Covid in Israel or Be Left Behind