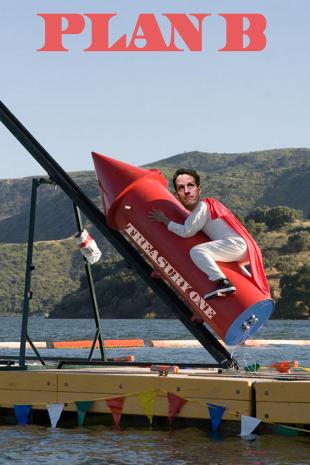 At the very crux of the financial crisis, former Fed governor Kevin Warsh notes, "experimental extreme monetary policy," had the "right risk-reward", but, he warns, in this excellent (and somewhat chilling) discussion at the Milken Institute, "we left a financial crisis more than for years ago." While the politicians may 'prefer' to think of this as a crisis - and indeed "for them it is a crisis as they preside over an economy that refuses to grow," which has tended to lead to loss of office, but, Warsh condemns, "they have run out of excuses." Over the last several years, "[the Fed] has over-promised and under-delivered," and the bank's most important asset - credibility - is under attack.
The Fed has "enabled" Washington to do nothing, since the politicians expect the same "rabbit out of the hat" rescue that occurred in the darkest days of the financial crisis. This means no growth strategies ("the mix of policies has to be right") will occur. Since the financial crisis, Washington has done its level best to focus on GDP in the next quarter, or perhaps the election, and precious little beyond that short-term horizon. Warsh concludes, "There Is No Plan B."

Do you believe him?   Everything they do and have done is planned down to the most minute detail.   They, the IMF global financial mafia hit organiziation,  did this in third world countries using Summers and Geithner to rape and pillage those countries of their resources.... what do you think Libya was about?   THey had to war game this globalizing effort before using it on us and Europe.  They have been planning this since at least the 60's if not before, and its why they killed JFK. He was stopping all this.   WE GET WHAT WE DESERVE FOR ALLOWING IT TO GO THIS FAR WHEN WE COULD HAVE STOPPED IT.   GOOD LUCK ALL YOU WHO WOULD NOT LISTEN.   THE REST OF US ARE PREPARED AND HAVE OUR GOLD AND SILVER AND AMMO ETC.