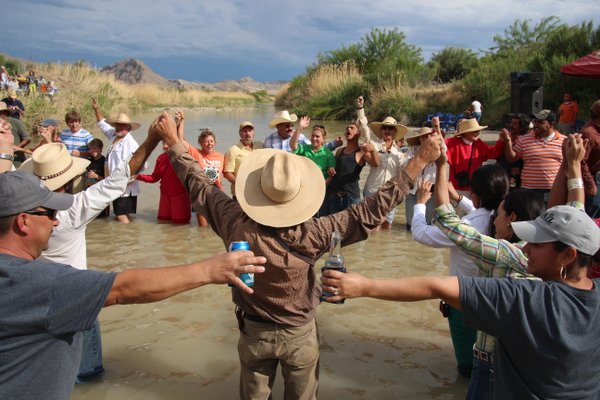 These were border villages and rural economies that thrived on their interdependence. The actual border was invisible. But the shutdown destroyed that connection. Recently, two border villages were reunited briefly for a single day celebration.

For one glorious moment, real world geopolitics was forgotten. Paso Lajitas, Mexico and Lajitas, Texas were again united — not cut off from one another as they’ve been in a post-Sept. 11 world.

With good wishes from law enforcement in both countries — and advice that no laws would be broken if people met on and literally in the river — the Rio Grande was crowded after a separation of 11 years.

Ramon Garcia, the county chief on the Mexican side, said the notion that the United States is more secure in rural areas because the border is sealed is incorrect.

"The U.S. supposedly closed this informal crossing because they feared terrorists would come in through this area," Garcia said in Spanish. "But I don’t believe terrorists would come through an area that’s under constant surveillance and where there are so few people. Strangers stand out here."