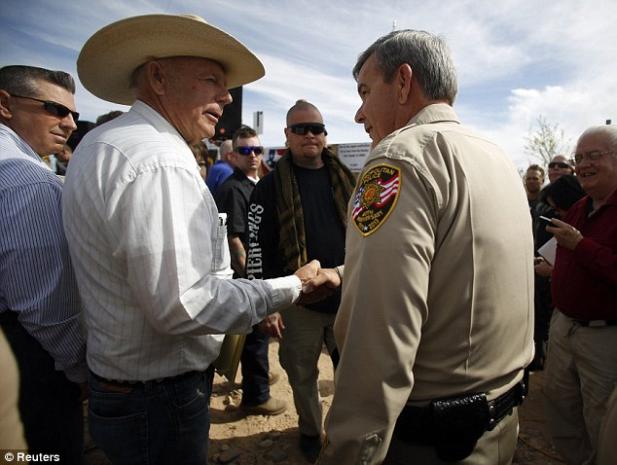 Sheriff Doug Gillespie, who served as an intermediary of sorts between Bundy and the BLM, gave one of his first interviews on the situation to the Las Vegas Sun's editorial board. He spoke specifically of an online video that surfaced of a BLM ranger allegedly using a Taser on a Bundy Ranch protester.

"I think if anybody would look at how they handled the protesting with the use of Tasers and police dogs, anyone who had been in policing would question those tactics," he said. "And I believe that led to the heightened interest and escalating the situation."

But he also pointed to Bundy's anti-government views as a major factor in the standoff.

"My counsel (to Bundy) was: You have no legal standing; you choose not to go to federal court and argue your case," Gillespie said.