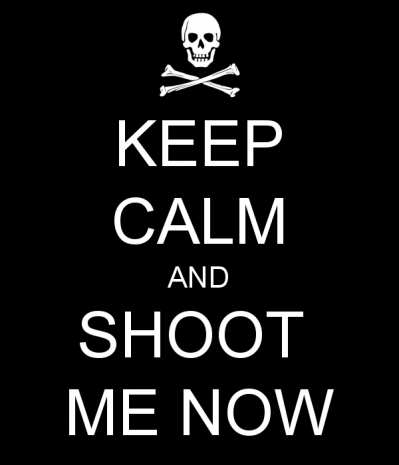 Found this while looking for *live* feeds from tonight:

"KWMU has published a video of what appears to be one of the shootings that happened yesterday. This happened in Riverview, about 15 minutes outside of the center of the protests. We believe that it is important to be transparent in what information we gather and allow for you to make the decision yourself on what you want to see or not see.

The video is graphic, and contains images of someone being shot and killed. Viewer discretion advised, you have been warned."

Officers arrive at 1:20 into video

8/20/2014
St. Louis Police Release Video Of Kajieme Powell Killing That Appears At Odds With Their Story

A convenience store owner called 911 on Tuesday when he suspected Powell stole drinks and donuts from his shop, according to a recording of the call. Another woman called to report Powell was acting erratically and had a knife in his pocket.

Two officers in a police SUV responded to the calls, the cell phone video shows. When the officers got out of their vehicle, Powell walked in their direction, yelling and telling them to shoot him already.

St. Louis Police Chief Sam Dotson said Tuesday that both of the officers opened fire on Powell when he came within a three or four feet of them holding a knife "in an overhand grip."

But the newly released cell phone footage undermines the statement, showing Powell approaching the cops, but not coming as close as was reported, with his hands at his side. The officers began shooting within 15 seconds of their arrival, hitting Powell with a barrage of bullets.

The shooting death occurred less than four miles from where Michael Brown was fatally shot by a police officer in the suburb of Ferguson on Aug. 9.

"As many of you know I've been an avid studier of law for the past 5 years or so. The current information being put out by Karl Lentz is by far the most promising of anything I've ever heard with respect to common law and prosecuting public officials who have violated your rights. If you've NEVER listened to any of my information you MUST at least hear this guy out."

"Teaser: Karl once spoke of the time he was in court for a traffic violation. He asked the prosecutor and judge if he broke "the law" - both said yes. He then proceeded to point out that "codes" are not law and asked them if they just perjured themselves and if so... should they be recused?"

Buckle Up! The Crackdown Has Begun

What If Jesus Had Been Born In The American Police State?