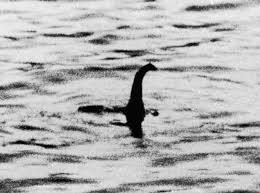 Looking for the Loch Ness monster just got easier, thanks to Google Street View.

In honor of the anniversary of a famous 1934 photograph of a mythical Scottish monster, the Internet search giant mapped out the iconic lake in all its panoramic glory. Viewers can explore above and below the surface of the lake, which extends about 23 miles (37 kilometers) southwest of the city of Inverness, connected to the River Oich to the south and the Bona Narrows to the north.

Though the views are spectacular, you're not likely to catch a glimpse of the Loch Ness monster. Called a living dinosaur by some, a sea serpent by others, "Nessie" has long been a part of Scottish folklore. According to Catholic legend, the creature was first sighted in A.D. 565, when St. Columba repelled a water beast after it had killed a man swimming in the Ness River leading into the lake. However, skeptics say the account is one of many Church myths about medieval saints battling monsters.

After that, no more sightings of the monster were reported for more than 1,000 years. In 1933, a photo taken by Hugh Gray and published in the local newspaper, The Inverness Courier, showed what some said was a long-tailed creature near the lake's surface, though the image was blurred by splashing. The following year, in April, the Daily Mail published the now-famous Surgeon's Photograph showing what appeared to be a monster's head and long neck poking out of the water. But the photo, taken by London surgeon Kenneth Wilson, was ultimately admitted to be a hoax.

While there have been dozens of alleged photos, films and videos of the elusive beast, no concrete evidence has emerged. But that hasn't stopped people from searching for it. In 2003, a research team funded by the BBC conducted one of the largest and most comprehensive searches of the lake, using sonar and satellite navigation, but found no signs of the creature.

Thermoelectric ring generates power from body heat and repairs itself

A Peek at the Pico, Raspberry Pi's Newest Petite Powerhouse

Is Your New TCL HDTV (Made In China) A Security Risk?

The biggest battery breakthroughs of 2020

Backtalk Highlights The Danger Of A "Digital Assistant"