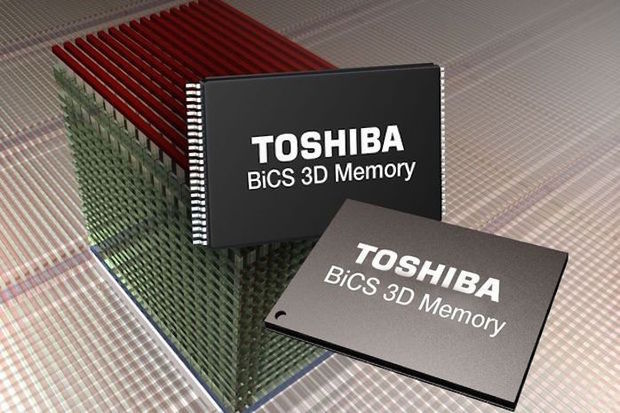 SanDisk and Toshiba announced today that they are manufacturing 256Gbit (32GB), 3-bit-per-cell (X3) 48-layer 3D NAND flash chips that offer twice the capacity of the next densest memory.

The two NAND flash manufacturers are currently printing pilots of 256Gb X3 chips in their new Yokkaichi, Japan fabrication plant. They are expecting to ship the new chips next year.

Last year, Toshiba and SanDisk announced their collaboration on the new fab wafer plant, saying they would use the facility exclusively for three dimensional "V-NAND" NAND flash wafers.

At the time of the announcement, the companies reported the collaboration would be valued at about $4.84 billion when construction of the plant and its operations were figured in.