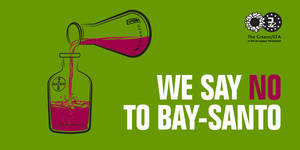 Is it conceivable that the planet's most vilified company could be the one that feeds it?  That, in short, is precisely what Monsanto hopes it can do. "They believe they're feeding the world, and there's no other good way," Connelly says. "Confidence that they're doing the right thing has blinded them to the fact that they need to be out there defending it." – Fortune

As usual, Monsanto is the center of a lot of attention. Bayer is making a huge bid for the company and Monsanto is trying to reinvent itself as a kind of agricultural data guru.

Monsanto is going to combine farming and various kinds of agricultural and climate data with its core ag-chem products to increase yields and offer innovative approaches on a massive scale.

So its execs believe.

Monsanto has never focused on data as an ag tool from what we can tell. But the company has certainly made an impact with its chemical products.

Monsanto produced the toxic defoliant Agent Orange during the Vietnam war and developed and marketed DDT, as well, a pesticide that apparently proved so deadly it is now banned.

Today, the company is under regular fire for its GMO emphasis – the production of genetically modified foods and seeds. Some studies have shown GMOs cause cancer. Others have not.

The public generally distrusts Monsanto. In fact, "distrust" is probably too mild a description of public sentiment when it comes to Monsanto.