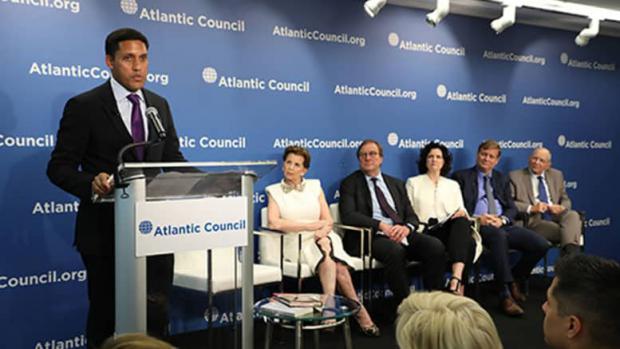 A second staffer for Representative Adam Schiff (D-Calif.), chairman of the House Intelligence Committee, has been discovered to have ties to the Atlantic Council, a think tank that receives funding from and works in partnership with Burisma Holdings, the Ukrainian natural gas company whose relationship with Hunter and Joe Biden forms the basis of the current impeachment probe into President Trump.

The staffer, Sean Misko, reportedly joined Schiff's staff at the House Intelligence Committee in August — the same month that the whistleblower's complaint was filed after first reportedly interfacing with a Schiff staffer.

In 2015, Misko was a yearlong "Millenium Fellow" at the Burisma-financed Atlantic Council, making him the second Schiff staffer who has worked or currently works for the think tank.

The other staffer, Thomas Eager, is presently a fellow at the Atlantic Council's Eurasia Congressional Fellowship, a program that the organization's website says "educates congressional staff on current events in the Eurasia region."

Misko has been described as being "close friends" with Eric Ciaramella, the CIA operative believed to be the whistleblower.