> The Right to Keep and Bear Arms - Freedoms Phoenix 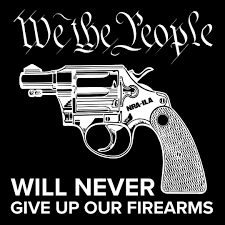 People's rights do not come from either the original Constitution or the Bill of Rights. That's what many in the gun-control crowd do not understand. They think that the reason people have the right to own guns is because of the Second Amendment.

By its very terms, the Constitution does not give anyone any rights, including the right to keep and bear arms. The purpose of the Constitution was simply to call the federal government into existence and to set the powers that it would have. If a power was listed, the government could exercise it. If a power was not listed, it could not exercise it.

Has Governor Ralph Northam and Richmond FORGOTTEN HISTORY? It may repeat it then...