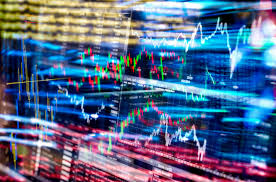 Earlier we pointed out something which under normal circumstances would be seen as an ominous sign  (although the current market is anything but normal as Morgan Stanley pointed out), namely the market's record euphoria  and pervasive trade optimism amid what Nomura dubbed was an "explosive" increase in hedge fund net exposure to US stocks, traditional harbingers of a violent risk reversal.

And while extrapolating the unprecedented trend of the past two weeks which has seen the Nasdaq post fresh record highs for 11 consecutive days, the longest such stretch since 2009, suggests that stocks are set to close up around 30% for the year, which would surpass the return of 2013 and result in the best annual gain for the S&P500 sine 1997...

... some are wondering if the euphoria-driven meltup in stocks hasn't sown the seeds of the market's own imminent destruction and/or a flash crash.

In a recent note from Nomura's quant, Msanari Takada, the Japanese strategist notes that this week is the time of year when global markets enter their traditional holiday slowdown, when discretionary investors such as global macro hedge funds and investors with longer-term horizons tend to absent themselves from major markets at the year's end.