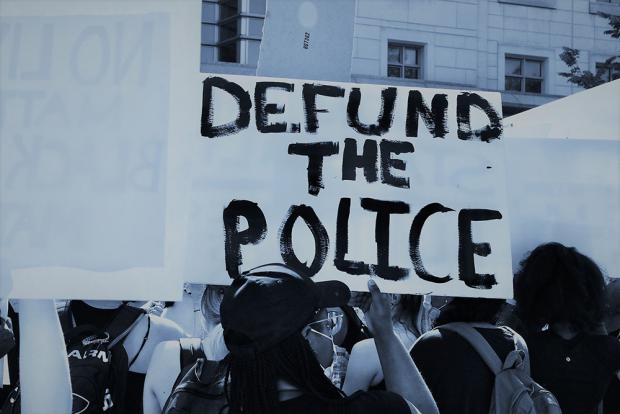 At first most people doubtless assumed that activists would demand a series of reforms to American police departments. And yet before we knew it, the call to "defund the police" was being heard everywhere.

So far, though, calls to defund the police have been fraught with confusion.

On social media, curious observers have wondered how people will acquire security services in the absence of police. In response, many defenders of the "defund the police" cause have impatiently lectured them ("do your research!"), explaining that of course defunding the police doesn't mean reducing their budget to zero. "Defund the police" means the police will be funded, but we'll just rethink the way they operate.

Have these people ever looked up the word "defund" in the dictionary?

But others, meanwhile, seem genuine in literally wanting to defund the police.

The president of the Minneapolis City Council, for example, said she looked forward to a "police-free future," and therefore does appear to have wanted to defund the police in the ordinary sense of the word. But when asked what people should do if their homes are invaded, replied that, well, maybe it's about time they got a taste of how the marginalized feel.

Still others say we need social workers to do some of the work we've been assigning to police.

Oh, that sounds great. So instead of shooting your dog, they'll take your children away.