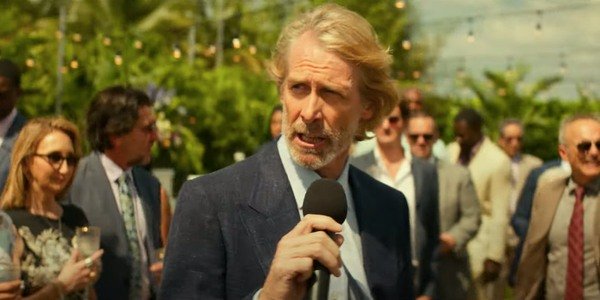 The Michael Bay-produced pandemic thriller Songbird had hoped to go into production soon as Hollywood looks to resume film shoots amid the novel coronavirus pandemic. But now it's been hit with a "Do Not Work" notice from SAG-AFTRA.

The film, whose cast was unveiled on June 24, is backed by Bay, as well as Invisible Narratives, run by former Paramount Pictures exec Adam Goodman and Disney exec Andrew Sugerman, and Catchlight Films, founded by Blumhouse veterans Jessica Hall Malanaphy and Jeanette Volturno and producers Marcei A. Brown and Rick A. Osako.

When asked for comment, a SAG-AFTRA spokesperson told The Hollywood Reporter: "The producers have not been transparent about their safety protocols, and that is something we obviously take very seriously. Also, as noted in the Do Not Work order, the producers have not yet become signatory to our agreement. We have no further comment."

Songbird is set to be directed by Adam Mason, who co-wrote the script, and has a cast that includes Demi Moore, Craig Robinson, Paul Walter Hauser and Peter Stormare. The project, which was presented at the Virtual Cannes Market in late June, is said to be described as a near-future disaster horror film featuring a stark divide between the rich and poor. THR earlier noted that the film was looking to begin production in Los Angeles this month.

On July 2, SAG-AFTRA sent a note to members about the "Do Not Work" order, stating, "The producer of the picture entitled Songbird has failed to complete the signatory process and is therefore not signed to any applicable SAG-AFTRA agreement. As such, SAG-AFTRA members are hereby instructed to withhold any acting services or perform any covered work for this production until further notice from the union."