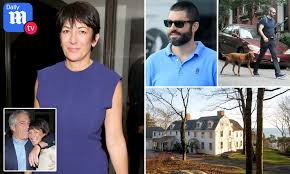 Maxwell, 58, was arrested at a $1 million property in Bradford, New Hampshire, on Thursday

The home was purchased by a company named Granite Reality LLC, managed by a Boston lawyer named Jeffrey W. Roberts

Maxwell and Borgerson have reportedly been dating since 2014

Last year, DailyMail.com revealed that Maxwell was living with Borgerson at his home in Manchester-by-the-Sea, Massachusetts

Maxwell has now been charged with six federal crimes relating to her association with the late pedophile, Jeffrey Epstein