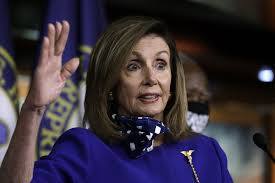 Discussing the latest proposed "aid" package with Margaret Brennan, Cruz indicated that he does not support it because it enriches politicians and their friends while doing nothing to fix the problem.

"We have over 44 million Americans who have lost their jobs, and we have got to get America back to work," Cruz stated. "Unfortunately, I have listened to your interview with Speaker Pelosi, and her objectives are focused on neither of those."

"Her objectives are shoveling cash at the problem and shutting America down," Cruz added. "And in particular, you look at the $3 trillion bill she's trying to push. It's just shoveling money to her friends and not actually solving the problem."

In Cruz's view, the number one priority should be to get Americans back to work so they can provide for their families, rather than continue to have politicians like Pelosi divvy out taxpayer money to their crony comrades.

In Denmark, the forest is the new classroom