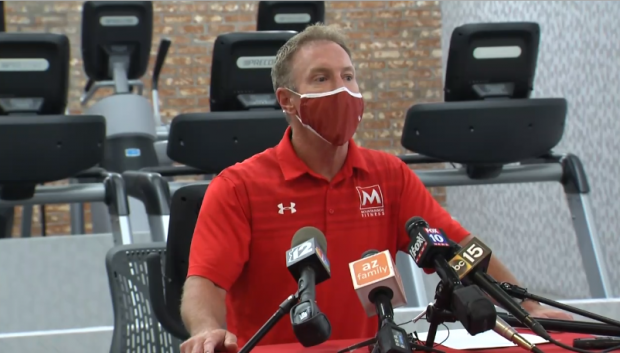 PHOENIX - A court in Arizona has ruled that Governor Doug Ducey has a week from August 4 to lay out a process for fitness centers in Arizona to apply for reopening.

On the afternoon of August 4, FOX 10 received the court ruling in a lawsuit over the closure of health clubs, which was instituted in a bid to guard against the spread of the coronavirus. While fitness centers have been ordered to close, supermarkets, restaurants, and other businesses remain open.

In the ruling, the Maricopa County Superior Court ruled that Gov. Doug Ducey's executive orders, as it is implemented, violated procedural due process, but that the orders do not violate substantive due process.

According to the Merriam-Webster Dictionary, procedural due process is defined as "a course of formal proceedings (such as legal proceedings) carried out regularly and in accordance with established rules and principles," while substantive due process is defined as "a judicial requirement that enacted laws may not contain provisions that result in the unfair, arbitrary, or unreasonable treatment of an individual."

"Fitness centers must be provided a prompt opportunity to apply for reopening," read a portion of the ruling.

In the ruling, the court found there is "very little credible scientific data" that supports the notion that fitness centers operating with necessary safety protocols will pose a danger, or that shutting down well-run gyms will have a significant public health benefit.

"Yet, fitness centers and gyms have been closed for weeks without any due process whatsoever. Plaintiffs' Constitutional right to due process has been violated. As such, the balance of hardships now tilts in plaintiffs' favor and entitles them to some post-deprivation process," red a portion of the ruling.

In the same ruling, however, the court rules that fitness centers and gyms are only constitutionally entitled to some mechanism for petitioning for reopening.

On the afternoon of August 4, officials with Mountainside Fitness posted a statement to its Twitter, announcing that they plan to reopen on August 11 and resume normal business hours.

"With this order, the State of Arizona must finalize their draft protocols and allow all fitness centers to re-open no later than one week from today!" read a portion of the statement.

MSF plans to re-open next Tuesday August 11th, and resume normal business hours. We look forward to seeing the most loyal fitness members in Arizona next Tuesday, as we all celebrate getting back to the business of strong hearts, strong minds and strong bodies. pic.twitter.com/P4JJlD16AI