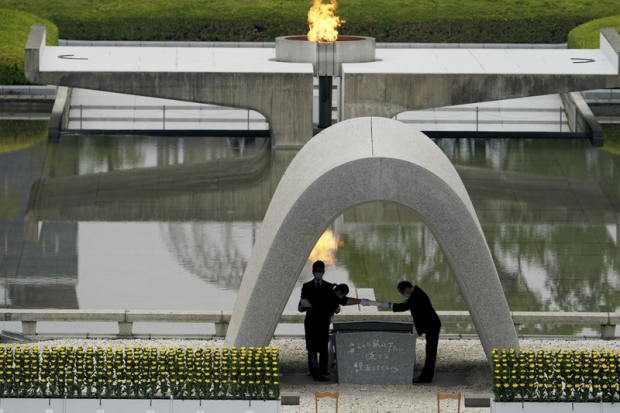 An upsurge of coronavirus cases in Japan meant a much smaller than normal turnout, but the bombing survivors' message was more urgent than ever. As their numbers dwindle — their average age is about 83 — many nations have bolstered or maintained their nuclear arsenals, and their own government refuses to sign a nuclear weapons ban treaty.

Amid cries of Japanese government hypocrisy, survivors, their relatives and officials marked the 8:15 a.m. blast anniversary with a minute of silence.

But the decades since have seen the weapons stockpiling of the Cold War and a nuclear standoff among nations that continues to this day.

Amid the solemn remembrances at Hiroshima's peace park, Prime Minister Shinzo Abe was confronted Thursday by six members of survivors' groups over the treaty.

The End is Nigh...The Fed's Nonsense Will Soon End