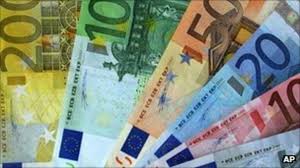 This is the conclusion of the 2018 World Cash Report that lists different studies analyzing peoples' habit to pay by cash or card (or even mobile).

While most of the studies are so called diary studies where people log their everyday lives, they are designed differently and might yield different results. Yet, comparing the figures proves interesting to gain a general understanding of which countries are more or less prone to use cash.

Japan is one of the exceptions to the rule of Asian countries loving cashless payments.

In 2019, the country's government revealed its "Cashless Vision" which is looking to increase cashless payments to 40 percent by 2025. Right now, only around 18 percent of payments in Japan are cashless, according to the Japanese government.

While this is comparable with rates in several European countries like Spain, Italy and Germany, regional neighbors China and South Korea have embraced cashless payments to a much larger degree.