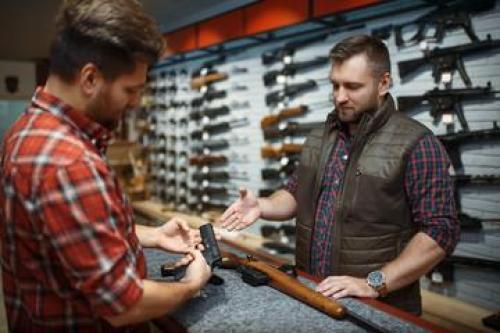 Americans are likely sensing that something is horribly wrong with the rigged system we are forced to live under.

According to a report by the Washington Post, the National Sports Shooting Foundation says that first-time gun buyers played a heavy role in the increase.  Women and black Americans have also shown interest in arming themselves this year.

"Nearly 5 million Americans purchased a firearm for the very first time in 2020. NSSF surveyed firearm retailers which reported that 40% of sales were conducted to purchasers who have never previously owned a firearm," the organization said in its analysis, which tracked background checks associated with the sale of a firearm reported by the FBI's National Instant Background Check System.

The organization said this uptick in purchases by those who have not owned a gun before, equates to nearly 5 million first-time gun owners in the first seven months of 2020.

"This is a tectonic shift in the firearm and ammunition industry marketplace and complete transformation of today's gun-owning community," said Lawrence G. Keane, a senior vice president at the foundation.

"These first-time buyers represent a group of people who, until now, were agnostic regarding firearm ownership. That's rapidly changing, and these Americans are taking hold of their God-given right to keep and bear arms and protect themselves and their loved ones," Mr. Keane said.

1 Comments in Response to Americans Sense Something Is Wrong: Gun Sales Up 72%

Just remember, Americans sensed that something was wrong, and toilet paper sales went through the roof. Now we are finding out that total death statistics aren't any different for this period of this year than for the same period of any other year. --- All this means is that if you want to judge that something is wrong, look at American stupidity, not at what they do in their stupidity.