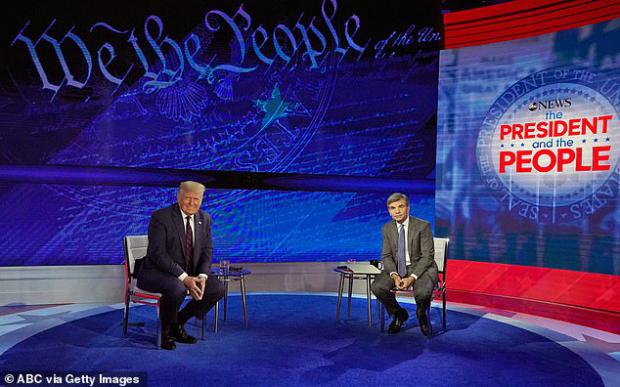 'When has America been great for African Americans in the ghetto of America? Are you aware of how tone deaf that comes off the African American community?' Pastor Carl Day told Trump.

He also pointed out that Trump hadn't acknowledged America's race problem, to which the president replied, 'Well I hope there's not a race problem.'

'I can tell you, there's none with me,' Trump said.

The town hall, pre-taped in Philadelphia and then broadcast several hours later, had undecided voters pose questions to Trump, with ABC News' George Stephanopoulos there to moderate the Q&A.

Day was identified as an undecided voter who voted for third party hopeful Jill Stein in 2016. After his interaction with Trump he went on CNN and said, 'I'm definitely not voting Trump, I will say that.'